Over the last few weeks I've been writing about the 'eco-system' strategy which our team at NHS North West has employed to systematically drive up equality outcomes in the region's NHS system.

With the NHS starting to undergo the biggest structural change in its' 63 year history I plan to write next about how we preserve the advances we've achieved and the best practice that we've created.

Before that I need first to address the sceptics' challenge. Why on earth should health professionals and managers care?

Why is what we do important? 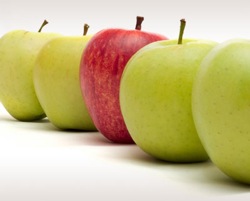 The traditional argument for paying attention to equality law and the diversity of the population is a defensive one. It's compliance based. "We're doing this otherwise we'll be punished".

The argument goes that if organisations don't get things right then there's a direct penalty ... the threat of legal sanctions for failing to comply with the letter of the 100-plus acts of Parliament and regulations that came into force regarding discrimination between the late 1960's and the 2010.

The Equality Act 2010 has greatly simplified all that now, of course. All people really need to know is that there is one law, a handful of so-called protected characteristics, a simple list of the kinds of discrimination and harassment to avoid, and an equally simple list of where those actions are proscribed, such as employment, or providing services, housing, etc... The new Public Sector Equality Duty is equally simple to grasp.

If it was only about legal risk avoidance then you could "sheep dip" all your staff in a short "awareness" course, put the details on a laminated card to help them remember and sit back, content that the job was done.

In fact, if you take away the window dressing, this is more or less what some organisations really aim for.

Their equalities expert can tell you what the law requires and what you must or mustn't do, and a list of anecdotes of people being crass.

It's all rather depressing ... you can't defend it from those who claim it's all "political correctness gone mad" ... and usually it doesn't actually work.

Real change requires people to see the importance of equality and inclusion at a deeper, more visceral level. We need to position it in terms of bringing advantages to what they are trying to do in their work.

Only then can the majority of people see Equality, Diversity and Human Rights as a help rather than an annoying hindrance.

All the language about the changes taking place in England's health economy is about doing things differently than before. GP's are said to know patient needs better and are expected to be able to commission more innovative services. We're all on the hunt for ways to achieve more with less.

The indicators aren't promising. The commissioning managers who were supposed to determine local needs, specify services, procure them and set up contracts have not scored particularly well in objective tests of how they were doing that. Health services have tended to be designed on the assumption that everyone's needs were more or less the same.

White middle class middle-age able-bodied heterosexual commissioners have tended to create a health system designed for what they know ... people like themselves.

This is why services end up being hard to access for disabled people, indifferent to gay and lesbian people, and largely ignorant of why their approaches may not work as well for black and minority ethnic people. (Collectively that's getting on for 40% of the population).

The indications are that GP's are likely to fare little better without help.

Outside of the bubble they inhabit in their own lives, GPs don't necessarily know much about the lives their patients lead. They see each patient for about nine minutes. They see only the patients they see. They may have little conception of the patients in the local population they aren't seeing ... or only see when a condition has become serious, harder and more expensive to treat.

Do GPs know why lesbian women aren't getting cervical screening? Do they know why LGBT people use alcohol and drugs, and why those factors affect the practicality of advice to 'cut down'?

Do GPs understand fully why they don't see men as much in their surgeries, and why screening women for sexually transmitted diseases is not effective unless they get to their partners too? Do they simply accept that men have lower life expectancy, or ever consider that it doesn't have to be so?

A business case for cultural competence

So, let's forget legal compliance. Let's even stop calling it "Equality and Diversity", lest people think the political correctness police are in town. Let's try for a moment to think about how to help the NHS's new breed of bright eyed commissioners learn how to do a very complex and important job in a more intelligent, evidence-based, cost effective fashion.

It's not hard. Here are some examples of the kind of basic population knowledge that people should be applying to the job. It's not a full list, but just a taster.

The figures are hugely variable though. In Manchester the BME population's about 30%. Up in places like Blackburn it's higher. There are parts of Leicester where over 80% of the population is BME.

And the term Black and Minority ethnic is itself made up of people from widely different backgrounds. The origins of the BME population in a place like Oldham or Rochdale are very different to Manchester.

So, the first thing you need to know is the local demographics.

Local authorities usually have quite good local demographic data - partly because of their statutory responsibility for compiling Joint Strategic Needs Assessments (JSNAs). So that's a way in which Health and Wellbeing Boards (set up by local authorities) can work intelligently with GP Commissioning Consortia.

Knowing the population makeup is one thing. Knowing its' needs is another.

Here are a few examples

Look at that information and tell me that intelligent clinicians, given the levers of power in commissioning, can't improve those outcomes.

Many are instances where, by targeting resources in a specific area on the basis of the evidence, big changes can occur without spending money where it's not needed. In other words, we can achieve more with less.

Again, the statistics are quite easy. There are an estimated 11 million disabled adults in the United Kingdom (1 in 5 of the total population) and 770,000 disabled children. The rest of us probably know of someone with an impairment. And it's a prospect we all face as we get older.

Disabled people aren't always conveniently identifiable at a distance. They don't all have wheelchairs or white sticks. Doctors can ask themselves why disabled people may be reluctant to disclose this kind of background information if they don't have to.

Local demographic data isn't generally very good in this area -- partly because of people's reluctance to disclose their condition. This therefore means that GP commissioners will need to put pressure in the other direction on local authority colleagues to do more work on Joint Strategic Needs Assessments.

Unlike BME populations, disabled people aren't concentrated in particular geographic areas. Therefore, if clinicians are serious about addressing the needs of this sector, they need more evidence to work on.

The needs data is easy to come by though.

On the last point, I heard the other day about an audiology clinic (who you'd have thought would know better) which had a tannoy system for summoning patients from the clinic waiting area to see consultants. Imagine how it feels to be in a setting which makes your hearing impairment seem like a problem for the staff running the place, as the consultant comes out looking for you (or assumes you hadn't turned up).

Statistics in this area are less reliable, through a combination of few reliable sources and obvious reasons why people may be reluctant to disclose their background voluntarily. Again, LGBT people aren't conveniently segregated in particular geographic areas. They live everywhere, though you will occasionally hear of GPs insisting "we don't have any of those on our list".

A lot of work needs to be done on the basic demographics ... and more could be done on health needs research. There is a serious shortage of peer reviewed research in the standard clinical research journals and databases. Our HELP database is a place to start though.

Here are some of the things we do know though:

More where that came from

I could go on. I've not delved into the health issues connected with observance of particular religions or the most obvious human difference of all, gender. As I said, the examples above are only a sample too.

The point is that, without ever mentioning the expression Equality and Diversity or the need to comply with the law, these are all clinically relevant pieces of intelligence which you would imagine should be uppermost in the thinking of people charged with spending £80Bn pa of public money effectively.

Yet, because people have been so immersed in the reactionary view that all this is "political correctness" or legal compliance, the tendency of managers is to think that E&D is something they'll look at later, when all the important structural decisions about managing the new NHS system have been made.

So the real challenge facing us, as the system changes, is to alter that view.

And it starts by talking in these terms. By presenting clinicians with clinical information which captures their imagination.

Posted by Christine Burns MBE at 9:53 AM

Very good article and the pointer to the library search is very useful.
Jonie.

"The use of alcohol, tobacco and illegal drugs is higher among GLBT people," even if that is true, I don't prefer to look it this way, but rather holistically- one that's not exclusive to gender preference, race, or religion.

Informative Website!!!! Great outcomes they simply provides the symptoms like your face and/or body blushes/turns red from trouble metabolizing alcohol or you might also experience increased heart rate, shortness of breath, a painful headache, blurred vision and/or overall confusion so consider this website it will the best result as you want….