The present government's mantra for the management of public services is that local is best. Anything remotely resembling hierarchic decision making is reviled.

Whether it's allowing local interests to set up 'free schools' or devolving NHS commissioning decisions to groups of General Practitioners, the chant is the same. "Local people are the best judges".

Yet what are the unforeseen consequences of deliberately refusing to look at the bigger picture? The mouse gnawing his way through that cable under the office floor isn't going to know that his next bite may bring down an entire network. He doesn't even realise it's his last bite of anything. 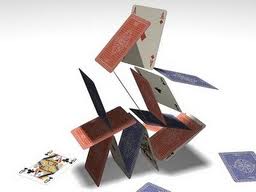 Picture a scenario that's about to play out across the land...

Sunnyville Primary Care Trust needs to make financial ends meet. They look around for what they can cut.

Let's say Sunnyville have a contract with a local charity, "The Jollygood Centre" to deliver specialised preventative health services in their neighbourhood.

The managers take a cursory look at the services concerned and decide that, because they're only intended for a minority group (and frankly they don't understand the issues), it's an easy 'risk free' contract to axe.

They don't spend long on their decision because they've got a lot of such cuts to make to balance the budget. They figure they'll cover any needs through general provision. Why, after all, should they be spending specially on one group anyway?

Meanwhile, in another town, another Primary Care Trust is having the same kind of thoughts. And, further down the street, the local authority is also thinking about whether it can continue to fund the housing project which the folks at "Jollygood" run for them.

Each organisation sees only the decision before them. They know that "Jollygood" has many contracts. Cutting just one oughtn't to be significant.

For the charity, however, the cuts ... coming all at once ... deal a death blow to the business plan. They have no choice but to lay off expert staff they've taken months or years to train. Other staff are stretched because there is less flexibility in rostering.

Jollygood suddenly have offices too big for their operation. Their major costslike that are fixed. They can't suddenly stop renting half their office space.

The income is plumetting. They still have other contracts, yet suddenly the numbers no longer balance. The service isn't viable anymore. They're in serious deficit. More staff leave because they see the writing on the wall and are working too hard to cover for former colleagues already laid off.

Before long the lights go out at Jollygood. The service for all the other PCTs collapses. There is nothing like it to commission in place. The unique proposition of Jollygood was that its staff really understood the special needs they were commissioned to address.

Then, because the prevention strategy has failed, people in all those boroughs start presenting with serious conditions for the NHS to treat ... needing really expensive care .. which was why prevention was such a good idea in the first place.

Suddenly, in glorious hindsight, those few little cuts, which didn't seem to amount to much on their own, have led to a hundred times as much expenditure, which could have been avoided.

Taking a strategic view of the big picture

Given this kind of scenario, wouldn't it be a good idea if someone were to take a more global view? Well, actually, that's one of the things that Strategic Health Authorities were put in place to do. The clue's in the title.

Decisions about reconfiguring services (or decommissioning them altogether) are looked at from all angles to consider what the wider implications may be.

The financial case is checked. The clinical reasoning is questioned. Teams look at the safety and quality angles. In the North West we insist on seeing that a thorough, cogent, evidence-based analysis of the possible equality impacts has been completed too -- not just a box ticking exercise but a serious consideration of the potential issues, involving consultation with people who may be affected.

As part of the exercise, the wider implications are considered. What might the effects be on the viability of the service for neighbouring areas if the volumes and funding are increased or decreased?

So, for the short term, the SHAs may be able to mitigate some of the most obvious effects of blinkered cost cutting.

However, that's assuming anyone has time to look up from the jobs pages.