Will the Trans mission get through?

This week saw the launch of the Trans Media Watch Memorandum of Understanding at a glittering and upbeat event hosted by Channel 4. As I've commented previously, the achievement of that step was a significant milestone. But now the buzz of the crowd and the fuzz of the wine is wearing off, what are the prospects? 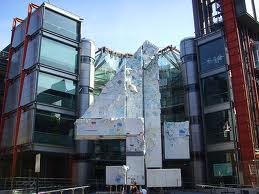 Dealing with the media can be rather like living with a recovering alcoholic.

They may understand their behaviour is destructive; in moments of sobriety they will promise solemnly to stick with the therapy; yet you just know that it's going to be a rocky road, and horrific relapses are going to be involved.

The good news is that the first big step in the mission to promote "Accuracy, Dignity and Respect" for trans media portrayal went really well -- and all credit to the folks at Trans Media Watch and Channel 4 for that.

The launch of the Memorandum took place at Channel 4's headquarters in London on Monday evening (14th March) and was attended by scores of commissioning editors, independent producers, politicians and trans people.

“Channel 4 recognises and respects the ambitions of Trans Media Watch, and its core values of accuracy, dignity and respect. Our editorial independence always come first; but it is part of our remit to reflect the diversity of the UK, and in this context we have said we would be delighted to become signatories to Trans Media Watch’s aims to work towards great tolerance and improved representation of transgender people.”

You can also hear my short interview with him here and in the full Podcast coverage below:

Various Bloggers have also thought it was a positive step forwards. Feministing described it as "pretty freaking great", whilst TMW's own Paris Lees says "We’ve met some great folks at Channel 4, people who really care about getting this issue right.". Dru Marland said "This is a big step forward from, say, the Moving Wallpaper episode on ITV two years ago, which managed to be both stupid and thoroughly offensive in its portrayal of a transsexual character."

Mainstream media had virtually nothing to report though, other than this very supportive piece by the New Statesman's legal correspondent David Allen Green, who also spoke at the event (hear the recording here).

Channel 4 has already signed up to the Memorandum and was previewing some new 4Thought TV shorts that it plans to show this coming week.

A representative from the BBC's diversity team also announced that the BBC supports the goals of the memorandum (though see below).

The politicians were out in force too. Equality Minister Lynne Featherstone MP was the star turn, with a long speech welcoming the actions by both Trans Media Watch and Channel 4. She has blogged about it here and you can hear her speech in my full Podcast coverage below.

A representative of the Scottish Government, Hilary Third, was also on hand to express congratulations from North of the Border and announced a doubling of funding for transgender support up there. Former Lib Dem MP Dr Evan Harris (a long time supporter of trans rights) was present for a while, before rushing off for a meeting with Dame Shirley Williams about the crisis that's opening up in the Tory - Lib Dem coalition about NHS changes.

But the night belonged to Trans Media Watch. Chair Jennie Kermode set the scene as you can hear in the Podcast above and in the video coverage below. Journalist and young TMW stalwart Paris Lees showed her talents as a Master (Mistress?) of Ceremonies, and other members of the TMW team, such as Sarah Lake, were busy oiling the wheels and working the room.

Meanwhile back in the gutter

The problem as I said at the outset, however, is that change within the media is always going to be a rollercoaster affair. Channel 4's Stuart Cosgrove acknowledged as much when he said that he realised that in spite of his colleagues' most well-meaning efforts, TMW had to remain free to "shaft us now and then".

This was illustrated just four days later over on the BBC, where one of the "highlight's" of the Red Nose Day telethon was a segment in which Peter Kay played a trans woman for the laughs (just as he had played a disabled man for laughs in a previous year). During the week ITV thought it was 'funny' too to play with the (presumably preposterous) idea of having him as a spoof trans woman panellist on their daytime show Loose Women.

Sadder still, it subsequently emerged that Channel 4 had scheduled a repeat showing of Peter Kay's spoof documentary, "Britain's Got The Pop Factor And Possibly A New Celebrity Jesus Christ Soapstar Superstar Strictly On Ice", featuring his transsexual 'Geraldine' character in a prime time Saturday night slot less than a fortnight after signing the memorandum. Trans commentators were predictably incensed.

Oh well, I never said it would be easy. Rome wasn't built in a day and all that.

In my Podcast above I asked Trans Media Watch Chair, Jennie Kermode, how she and her colleagues would know that their efforts had paid off. In reply she offered the opinion that it would be when she and her organisation were no longer necessary -- when they had literally put themselves out of a job and trans people were always being presented in the media with Accuracy, Dignity and Respect.

Best of luck to them all, as I don't think it's going to be anything other than a tortuous journey ahead..

Monday night's launch was undoubtedly a feel good affair but, tomorrow comes the hangover, and the tricky business of keeping a highly addicted media out of the gutter.

Firstly I omitted to mention lawyer/journalist David Allen Green, who contributed a succinct but aposite speech which you can hear separately in this clip:

Secondly, I should also mention the En Travesti ensemble (and especially CN Lester, who provided the musical accompaniment to the networking portion of the event. You can hear brief bits of En Travesti in the Podcast and learn more about them at http://www.entravesti.com