What will be left soon of the Public Sector Equality Duty?

Last autumn most of the provisions of the the Equality Act 2010 came into force, replacing a patchwork of over hundred separate Acts of Parliament and regulations enacted over the last 40 years. This week, from April 5th, a new integrated Public Sector Equality Duty comes into force as well -- or, at least, parts of it.

The simplification of all this law is welcome. It is easier to understand and covers more 'protected characteristics' in a largely consistent fashion. Yet, the provisions are also a shaddow of what the last Parliament debated and passed. Bit by bit, the new Government has chipped away parts and seems intent on continuing to do so. Where does this stop? And does what's left have any teeth? 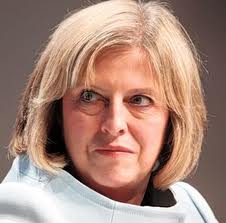 Time flies. Just over two years ago we were still only able to talk about the theory of rationalising equality legislation in Britain and what we expected to see.

One year ago this week, April 7th, in the nail biting final days of the Labour administration, the legislation was passed into law by Parliament.

It was, literally, one of the last gasps from the administration, completing the steps needed to go onto the statute book just before Parliament was dissolved for the election. And it only got through because the Conservatives (not wishing to frighten the horses) let it just pass by, with only token opposition.

Once elected, and after all the focus on setting up a coalition with the Liberal Democrats had filled much of the first few weeks, the new administration started flexing its' new power though.

First to go was the portion of the legislation concerning the Socio Economic Duty.

A review of this and other provisions of the Act was announced by Theresa May shortly after she came into post as Home Secretary and Minister for Women and Equalities. It took the form of a quick consultation, published in August.. The axe fell in November.

The socioeconomic duty would have required all public bodies to assess whether they were addressing inequalities caused by class factors, encouraging them to improve, for example, health and education outcomes in more deprived areas. May described this as 'ridiculous'.

Indeed, it is the Public Sector Equality Duty (PSED) where most tinkering has occurred. By contrast, the actual prescriptive part of the legislation (who is protected, what types of discrimination they are protected from, and in which circumstances) was relatively unscathed.

This is probably because the latter provisions are at the core of the main legislation and, to change most of them would have required Parliamentary debate. Besides, the Conservatives had just been seen to allow it through the last Parliament with only token opposition. So, it would seem mightily strange to backtrack almost immediately.

As I'll discuss in moment, this Government can also afford to be relaxed about the Act's main provisions enabling people to seek justice after discrimination experiences, because it is going to become a whole lot harder for the average citizen to use them.

By contrast, detailed decision making about which parts of the Public Sector Equality Duty should come into force, and when, were left to the discretion of the Secretary of State to set out in secondary legislation -- so-called Statutory Instruments (or Regulations) which are usually laid before the house without debate, and typically pass into effect 30 days later.

The socio-economic duty is not the only probable casualty.

Whither the Specific Duties?

Although, the main part of the PSED (the General Duty) comes into force this week, the Government announced an eleventh hour decision to rethink and consult upon the Specific Duties, and thereby delay their introduction.

In a Ministerial Statement published on 17 March 2011, Theresa May, as Minister for Women and Equalities, announced to Parliament the publication of a policy review paper seeking views on new draft specific duties regulations. She said that,

“the proposals are designed to deliver a clear focus on transparency, freeing up public bodies to take responsibility for their own performance in delivering equality improvements and to publish the right information so that the public can hold them to account. This approach will be better for equality because it will focus on the delivery of results, not the performance of bureaucratic processes.”

Responses to the consultation have to be submitted to the Government Equalities Office by 21st April, leaving little time for many stakeholders to get their act together. You can find out more about this at the GEO's web site.

What are the General and Specific Duties?

Before going further, I ought to explain what these terms mean.

Firstly, the idea of Public Sector Equality Duties as a whole first came about in 1999, as a result of the McPherson Enquiry into the death of Stephen Lawrence.

McPherson concluded that there was a culture of institutional racism at that time in the Metropolitan Police force and that existing legislation, such as the Race Relations Act, had failed to dent this.

The problem was that any actions had to be brought by the victims of discrimination and there was no obligation on public authorities like the police to do anything about the systemic problems which such cases revealed.

These recommendations were taken up in the new Race Relations Act (2000), which included a positive duty for public sector bodies to fulfil. After allowing time for people to prepare for this, the original Race Equality Duty came into effect in April 2002. This was followed by similar provisions for Disability (Dec 2006) and Gender, including gender reassignment (April 2007).

The Equality Act took these three established provisions to the next level by adding similar obligations in respect of Sexual Orientation, Religion or Belief and Age (although the age provisions are also still subject to consultation and ministerial decision). The duty relating to gender reassignment has also been strengthened and clarified.

This is why, although not perfect, the new PSED coming into force this week does represent an advance of kinds for many. The question is whether it has any practical teeth.

The general duty is explained in detail in a series of non-statutory guidance documents published by the Equality and Human Rights Commission.

In summary, those subject to the equality duty must, in the exercise of their functions, have due regard to the need to:

These are sometimes referred to as the three aims or arms of the general equality duty. The Act helpfully explains that having due regard for advancing equality involves:

All that sounds fine, but here's the rub: The whole point about these duties is that it is the responsibility of the public sector bodies involved to carry them out. The duty can only be effective if there is some form of scrutiny to assure that they do.

The scrutiny is underpinned by the Specific Duties, which set out what organisations must do and publish to show how they are complying with the general duty, and by the work of the Equality and Human Rights Commission, which is one of the few players with sufficient power to bring non-performing bodies to Judicial Review in the worst case scenario.

Take away or inhibit either of those arms of governance and the general duty becomes just words.

The Specific Duties vary a little bit between public sector bodies but the essence is that a public authority covered by the specific duties (listed body) is required to:

This information must include, in particular:

It is these parts of the PSED that the Government now wants to have a further think about -- given that it is in general ideologically opposed to anything that places an administrative burden on either public sector bodies or business.

The concern, of course, is that if you take away these obligations for a public sector body to publish evidence of how it is fulfilling the general duty, how is anyone to know whether they are?

The role of the regulator

In theory, of course, that's where we would turn to the Equality and Human Rights Commission (EHRC).

The Commission, which started work in October 2008 has several roles. One is that it has strong investigatory powers. Another is that it has had significant resources to pursue litigation if necessary. When used effectively, the combination of these powers can produce very significant outcomes, as illustrated by the famous Sharon Coleman case.

The EHRC's ability to both investigate compliance and pose a credible threat of legal action is a major underpinning to the Public Sector Equality Duty, because few other organisations have the capacity or capability to conduct the first and the resources to risk the second.

It is a sad fact that many legal protections, whilst theoretically present, are inaccessible to individuals and NGOs because of the resources involved, and the risk of punitive costs if they lose.

Indeed, the ability for ordinary people to use even the most basic provisions of the Equality Act is coming under threat from another quarter, as the Government seeks to put a further squeeze on legal aid.

And now, by a strange coincidence, the Home Secretary (whom you'll remember is also the minister for women and equalities) has announced a separate consultation as a prelude to 'reforming' the EHRC. More details on that here.

Take a note of what is happening therefore.

And that's not all

Ministers have already (separately) decided that they won't be implementing the combined discrimination provisions within Equality Act (section 14). This was one of the big advances promised by the new legislation, which would have opened the way for some of the most vulnerable groups to challenge the discrimination they face.

The Treasury's report "The Plan for Growth", published last week with the budget, not only confirms that but also says that the Government will:

"... consult to remove the unworkable requirement in the Equality Act for businesses to take reasonable steps to prevent persistent harassment of their staff by third parties as they have no direct control over it, which would save £0.3 million" (page 53)

Note that both of these proposals to chip away at legislative rights passed just a year ago have been buried deep in a Treasury report rather than being announced yet by Theresa May, Lynne Featherstone or their teams. I only know about this myself as I have contacts with very sharp eyes for detail, and preparedness to actually read fiscal plans.

We can probably expect more in this vein, as the Government clearly regards equality protections as a cost not worth paying.

The lesson, however, is that the whittling away of what we had won't always be in obvious chunks around which anyone can rally.

The cuts are stealthy. They're usually dressed up under the guise of 'consultation' when, in fact, the decision has already been made (as in the Treasury's plans). And they will be designed to have combined effects - such as stripping away publication requirements at the same time as crippling regulatory scrutiny.

And, in five years time, we will look back and realise how, truly for a brief point in time, we had never had it so good

Excellent post. But unfortunately it gets worse. the ERHC are facing a front-loaded budget cut of 68% which will have obvious implications. Would be great if you could publicise the petition - staff are balloting for industrial action. http://www.gopetition.com/petition/43944.html

All equalities practitioners and campaigners must respond to the consultation if their voice and objections are to be heard.

It is a sad fact that many legal protections, whilst theoretically present, are inaccessible to individuals and NGOs because of the resources involved, and the risk of punitive costs if they lose. 1z0-978 exam dump