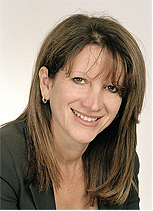 Yesterday I blogged about the coalition government's plan to invite further discussion about the Equality Act on their 'Red Tape' web site. That will be happening from today, 9th June and the spotlight on this area of legislation will continue till the end of the month.

My advice would be for people to continue posting their views on the site (click here). However, rather than simply indicating support for the principle of the legislation, it would be constructive if people indicated specifically

The site now has the facility for people to indicate support for particular comments by tweeting or posting them to Facebook. It would be helpful if especially relevant comments were promoted in this way.

The Minister for Equalities has now issued the following statement to stakeholders, clarifying the government's intent.

A message from Lynne Featherstone, Minister for Equalities

The Red Tape Challenge aims to tackle the burden of excessive red tape, both to free businesses to compete and create jobs and to give people greater freedom and personal responsibility.

However, the presence of the Equality Act 2010 on the Red Tape Challenge Website has raised some concern amongst some stakeholders. I’m therefore writing to clarify the Government’s position.

Firstly, I would like to assure you of this Government’s strong commitment to equality.  We are not changing direction on this.   We set out our commitment in the Coalition Programme and Theresa May, the Home Secretary and Minister for Women and Equalities,  set out the Government’s approach in more detail in the Equality Strategy published last December.

Secondly, as the website now makes clear, a particular regulation being featured on the Red Tape Challenge website should not be read as implying any intention on the part of the Government to remove that regulation.

Indeed, the Home Secretary stated in Parliament on 5 May, in reference to the Equality Act’s inclusion on the Red Tape Challenge website, that "it is not the Government’s intention to abolish the Equality Act.’

Instead, the Government wants to hear from members of the public, businesses and voluntary and community organisations about how the Act is working in practice. We want to know whether the Act could be simplified, better implemented, or if certain provisions should be dropped or amended, or whether it should be kept exactly as it is.

From June 9 until June 30, the Red Tape Challenge will have a spotlight on the Equalities theme, which will be facilitated by Caroline Waters, Head of HR, at BT. During this period, I would like to invite you to visit www.redtapechallenge.cabinetoffice.gov.uk and participate in an informed debate on how we can deliver better regulation.

Any proposals for change would receive careful consideration as to whether they were proportionate, practical, beneficial and in keeping with our wider commitments and EU or domestic legal obligations.  Any proposals that passed that test would need to go through the appropriate consultation and Parliamentary process.

I hope this helps to reassure you and clarifies what we are aiming to do.  We welcome your input to the Red Tape Challenge website and all relevant consultations.

This posting is marvelous and what a fantastic research that you have done. It has helped me a lot. thank you very much. This page is very informative and fun to read. I appreciated what you have done here. I enjoyed every little bit part of it. I am always searching for informative information like this. I'm impressed, I have to admit. Seldom do I encounter a blog that's both equally educative and interesting, and let me tell you, you have hit the nail on the head. The problem is something that not enough folks are speaking intelligently about. Now I'm very happy I found this in my hunt for something relating to this. Feel free to visit my site american essay writing companies