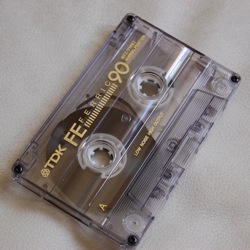 I was discussing today with globe trotting blogger Cheryl Morgan the value for young trans people in being able to hear and see older (long settled) trans role models ... a need which mainstream Film, TV and radio are still (as yet) tending to neglect.

Historically, where trans people have been featured on Film, TV or the radio it has tended to be as curiosities, gimmick plot devices, villains or as figures of amusement.

Juliet Jacques discusses the latter in a recent article for the New Statesman. She and I also talked about the broader issues when I interviewed her for my Podcast a few months ago.

Wikipedia provides a long list of films from which you can draw your own conclusions. The topic has also been analysed at length by several other commentators, such as this example from 2007. Others you can find easily via Google.

All this is then reflected in how trans people say they experience the media, as in this report recently published by Trans Media Watch.

There is no doubt that things are gradually changing. Channel 4, ITV and the BBC have all developed trans characters through their prime time serial dramas, such as Hollyoaks, Coronation Street and Waterloo Road. This is at least a start.

Such stories have been far better researched and characterised than in the past. Nevertheless, the parts are always still played by non-trans performers, and the story lines are almost always around the travails of transition, having surgery, being outed, or otherwise having problems directly related to a trans background.

There is obviously still a long way to go .. though I could entirely sympathise with those trans actors who wouldn't want to become pigeonholed forever by playing trans roles.

Something has to happen before it's possible for trans performers (and they are out there playing non-trans parts) to out themselves and play a mix of roles (in the way that lesbian and gay actors can still get straight parts).

I discussed this dilemma in interviews with both Calpernia Addams and Adele Anderson.

In my previous blog (and the comments that followed) it was clear that there are many potential role models in real life, happily getting on with valued work, supporting themselves, having fantastic social lives and settled with lovers or long term partners. They're just not being seen outside of their own circle of influence.

These people's lives are far beyond the stories that the media are fixated upon. They have things to say, and except for those few who write for mainstream publications, they are not being heard.

World wide there are even more names to choose from. This site by Lynn Conway, for instance, documents hundreds of examples of trans women ... although it has been criticised for appearing to privilege looks and passability. There is also an equivalent section about trans men.

Although the Just Plain Sense Podcast is about diversity as a whole, I have tried to feature trans people and trans topics as much as I can within reason.

I thought it would therefore be a useful contribution to bring all those programmes together in one place which is easy to bookmark, share and return to.

If you think that's useful why not mention it to your friends. And if you think more voices should be heard this way, why not pick up a microphone or video camera and start featuring more yourself.

Calpernia Addams - on the murder of her boyfriend, the aftermath, and making a career in the media

Adele Anderson - on being one third of the group 'Fascinating Aida'

... and on being a trans performer and entertainer

Nadia Almada - on growing up, coming to Britain, transition, winning Big Brother, and her life after

The Activists, Writers  and Academics

Professor Stephen Whittle OBE - on growing up, transitioning, and developing into a law professor

Mark Rees - on growing up, transitioning, taking the UK to court, and retirement

Professor Lynn Conway - on transitioning, rebuilding a career, and being a microchip industry pioneer

Trans Kids and their parents

Media Portrayals - The launch of a Memorandum of Understanding

If you have an iPod/iPhone/iPad then open iTunes on your PC or Mac. Then either search for Just Plain Sense by name in the online store or pull down Advanced | Subscribe to Podcast in the menu. In the latter case a box will appear requesting a URL: type in http://podcast.plain-sense.co.uk/feed

If you are on a PC or Mac at this moment then another even easier way of subscribing is to go to this page at the iTunes web site.

If you have another kind of music player then the above feed address should also work with the music management software that come with it.

Nice post, you give the clear idea of the topic and I subscribed your blog, I have some links to share here mcafee.com/activate


NICE BLOG
That's Great & Giving so much information after reading your blog.For RentaPC : Laptop on Rent | PC | Tablets | Macbooks
Great thanks to you
Laptop on Rent

Hi, constantly i used to check website posts here early in the daylight,
because i enjoy to learn more and here.


Microsoft 365 is the set of all Office apps with some additional features.
Go to microsoft 365/setup to get all the MS office 365 apps on your devices like Windows, Mac, and smartphones.