Ten things you'll miss when the NHS has been eviscerated 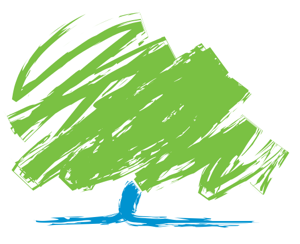 Last night the Health and Social Care bill passed its third reading in the House of Commons owing to the natural majority of the coalition government. It passed by a majority of 65 votes (316 to 251) after four Lib Dems voted against it and ten abstained.

The report stage debate, which preceded the final vote, epitomised all that is now worst about our democratic system.

Over 1,000 amendments were added at the eleventh hour, in ways that couldn't possibly be challenged. Ninety minutes of the precious debating time was given over to consideration of an abortion provision tabled by Nadine Dorries. And, if you watched it on TV, you would have seen very few MPs in the chamber, as legislation to radically alter a precious 63 year old institution was waved through in what had become a formality.

The bill is not law yet ... it still has to pass through the House of Lords ... although many changes had already taken place in the NHS structure before a word of the bill had been scrutinised by the Commons. Such is the contempt which the present administration has for due process.

There is a campaign to persuade members of the Lords to challenge and scrutinise the legislation. This website will give you the name of a Peer to 'adopt', and you're then encouraged to write to them.

Peers don't have constituencies and are not elected, so they don't have to fear the ballot box. This is why people don't often lobby them direct. Conversely, it's hoped that the novelty of a mass campaign appealing to the Peers' sense of independence and traditional constitutional role, will embolden their lordships to give the government a bloody nose.

Any popular campaign relies on people understanding why it is important to act. In this case the cause has not been helped by certain of the mass media (the BBC in particular) failing to challenge the issues effectively.

I have asked people to reach beyond social media networks and talk to their families, friends and coworkers about the issues, and to get them involved in lobbying the Lords. However, people have rightly pointed out that that is difficult to do if people can't readily understand what the changes will mean in personal terms if they go through.

So here are some consequences to discuss with your friends.

And just a reminder

The NHS wasn't broken in the first place. In fact, various studies indicate that the present system has been on an all time high in terms of public approval, and that Britain's health service delivers top class results for less percentage of national GDP than other systems.

The case for change was not backed by any evidence. Although a system this large and complex (employing 1.4 million staff) could always be improved around the edges, it was fundamentally healthy.

There is now only one chance left to prevent the government's wrecking bill from becoming law, and that is to persuade the House of Lords to show its teeth. The degree to which they do that will depend on how much you can persuade your friends and family to pester them about it.

When the NHS is gone, it's gone. These changes will not be able to be reversed.

The majority of Britons have been born and grew up under a health service that was run for the public good rather than for profit, and which was strategically managed in all our interests. Mostly we take it for granted that it is there when we need it. The rest of the time people probably don't think about it that much.

One day, when you need it, you may discover (too late) that these changes really were as serious as I've said.

In the meantime, have you noticed the sudden glut of advertisements for private health insurance?