The level of harmful practice is shocking 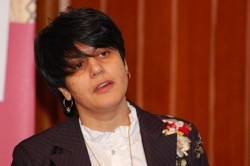 It is estimated by the World Health Organisation (WHO) that over 100 million women in the world have been subjected to the barbaric practice politely referred to as Female Genital Mutilation (FGM). In Britain it is reported that over one million women each year experience at least one incident of Domestic Abuse (DV). In 2011 the Foreign Office's Forced Marriage Unit was called upon to give advice or support in 1468 cases where Forced Marriage (not to be confused with Arranged Marriage) was suspected.

These are horrifying statistics by any measure you choose. The collective term is "harmful practices", taking in other kinds of violence too, such as so-called "honour" killings, acid attacks and so forth.

Each act of violence involves the NHS, Police and other agencies. The incidents can have long term consequences in terms of difficulty in child birth (in the case of FGM), or in terms of chronic mental health issues for both the victim or their family, especially children.

Incidents involve others beside women. Forced Marriage (FM) is used as a means by some families to deal with gay, lesbian or transgender sons and daughters, or to transfer care responsibility for disabled children. Domestic violence is experienced by men as well as women, and in both heterosexual and same sex relationships. FGM involves family elders in complicity with practices that their communities carry on regardless of illegality.

Just as child abuse is said to progress from generation to generation, so too do practices such as FGM.

These are not issues which GPs, hospital doctors, police, teachers and social workers can turn a blind eye to. Quite apart from the statutory and human rights violations that are involved, there are safeguarding issues for others in the same family.

If a pregnant woman displays signs of violence or FGM at ante-natal appointments, there is a risk her unborn baby girl may suffer the same outcome. If teachers suspect a teenage schoolgirl is being sent abroad for forced marriage, they have a responsibility for her rights as well as those of her younger sisters. A woman appearing in A&E with suspicious injuries is likely to appear again if nobody does anything. Her children are possibly traumatised witnesses to the violence, or could be subject to sexual or physical abuse themselves.

Where possible within health care we acknowledge that it is better to prevent illness or injury than to simply patch it up. In these hard times, there are not just social and personal consequences to such occurrences, but financial ones too. Put bluntly, unaddressed harmful practices come with a long string of costs if we do nothing.

Yet some public sector workers may be confused about whether to act. There can be false assumptions about moral relativism … the idea that we should 'respect' what are assumed to be the cultural practices of immigrant populations … that in some way multiculturalism means being permissive of abuses of women, children, lesbians, gays and disabled people.

That assumption is wrong. Human Rights campaigner Peter Tatchell dealt with the question brilliantly in a lecture that I filmed a couple of years ago. The title of his speech, "Multiculturalism and the subversion of human rights" captures the issue perfectly.

Action to address these issues is not helped at present by cuts in funding for third sector organisations providing support. The Guardian reported only last week that charities providing refuges to women escaping domestic violence have had their funding cut by 31% since 2010.

On an average day last year 230 women were turned away by the charity Women's Aid, around 9% of those seeking refuge, because of a lack of space.

Southall Black Sisters, a charity which provides support for Black and Minority Ethnic victims of domestic violence, and which has repeatedly battled to avoid cuts to funding, says that it is in danger of losing up to half its staff next year.

The SBS case made clear, incidentally, why Equality Impact Assessments are such a crucial part of ensuring cuts are applied in a rational way, if they have to be applied at all … and that post-hoc action (completing assessments after a decision has already been made, in the hope of ticking the equality box) was unlawful.

Quite apart from the impacts of failing to address harmful practices, the squeeze on charities in this field means that the problems will increasingly come to fall back in the lap of public sector organisations, especially the NHS. And, in order to address this, NHS staff need to learn a lot more about the issues, and managers of services need to make strategic policy decisions about how their services respond.

Any action needs to start with basic awareness, of course. It's no good the NHS simply patching people up and sending them home, only for them to return shortly with more injuries, or pregnancies made complex by the consequences of genital mutilation.

To tackle this, NHS North West's Equality and Diversity team held a full day event for the whole region's Equality and Diversity leaders, with specialist presenters, so that they could then take this knowledge back to their organisations and decide how to address the issues. The team holds regular quarterly development meetings with the system's E&D leads; however, this was the first time the whole day's schedule had been devoted to a single topic in this way.

Packed sessions were led by Anjum Mouj (pictured above) and her team from the London-based charity Imkaan, including two of the authors of a major report published in September 2011 for the Greater London Authority. Sumanta Roy and Dr Patricia Ng discussed the forms that harmful practices can take, their impacts on the people involved, the scale of incidents and the risks of failing to address this.

Full photo coverage of the event can be seen here.

LGBT and Disabled People too

Although people generally picture these issues as affecting women, the Imkaan team also covered the less-acknowledged incidence of FM and DV directed at men, and especially the way in which FM can be used by families to suppress and erase same sex orientation and transgender identities in families and communities.

Other speakers included Faye MacRory, from Central Manchester Foundation Trust, who described a very successful pilot project detecting and acting on the signs of DV and FGM in hospital settings such as A&E and Maternity. Faye described the practical steps involved in setting up the project, which led to 697 actions being initiated on behalf of women patients, and emphasised the financial as well as social and individual benefits of taking such an initiative in conjunction with other Manchester agencies.

Workshops in the afternoon expanded in practical ways on the themes of the morning, and included a workshop led jointly by Afrah Qassim (a Merseyside based Community Development Worker) and Dorcas Akeju OBE, chair of the national Genital Mutilation Group.

The meeting was attended by almost 40 delegates, who were really positive about the day. One of the attendees commented “This has been a genuinely eye opening event with really excellent well informed speakers”, while another attendee pressed that it is very important that within health, networks and staff should become more aware of these issues.

E&D leads who attended are being asked to identify how they are going to follow-up within their own organisations. Shahnaz Ali, Director of Equality Inclusion and Human Rights at NHS North West said, “It is essential that people see this day as the start of a process, we will be looking in due course for the outcomes that people achieve as a result of what they’ve learned today.”

The main presentations from the above event have now been uploaded to the NHS NW 'HELP' database:

Its shocking to learn about domestic abuse and forced marriage from developed economies too. The concern is the high statistics.
Chiropractor in Kent