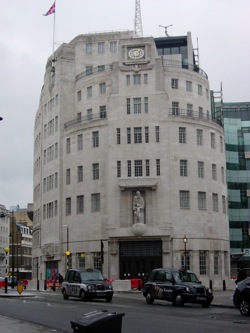 This has been an exciting week for trans people concerned with the way the media represents them.

Watching some of the events from afar, I can imagine that some of those involved in the big news items will have experienced the same kind of mix of adrenaline and hope as my colleagues and I felt when our campaigning milestones came along, years ago.

In our day, it was watershed moments where we achieved legal rights advances … employment protection, the right to NHS treatment, legal recognition of our identities. (I would link to the historical record of those moments but, as I explained recently, the internet no longer has much of a live record of those events.)

Nowadays, the issues at the forefront tend to be the media (for the way it represents trans people), and medicine (for the way it handles patients who come looking for help).

This week it's been the turn of the wonderful campaigners in Trans Media Watch to feel that their lottery numbers were coming up. (If I had a crown to pass on, I would certainly pass it to them).

It's not even a year since I went to report on the historic signing of a Memorandum of Agreement between the cheeky young campaign and national broadcasters Channel 4, and the BBC. March 2011 was full of hope and optimism, as I tried to capture in my blog about the event.

Of course, there was criticism at the time from some people, perhaps so used to disappointment and oppression, that they were convinced of negative motives. They just could not believe that strangers could ever want to help trans people achieve better, more respectful, representation.

I can't blame people for those low expectations. I remember that people used to tell us the same about the ambitious goals we pursued for legal recognition and rights. It's the job of campaigners to prove their critics wrong.

The critics could have been forgiven a measure of "I told you so" shortly after last year's partying too...

First there was criticism to be levelled at Channel Four's own first effort to show willing. And I dished it here and here.

Later, in June, the BBC was in line for lambasting too.

It's the BBC that I want to talk about in a moment. First, however, I want to reflect on more recent events.

When I criticised Channel Four and the BBC last year, it was in the knowledge that real change takes time.

Policy commitments come easily. Anyone can put on an event, sign papers and make speeches. The actual work takes longer. And it is the outcomes from that work that the people on the receiving end want to see. Regular readers will know my obsession with measuring outcomes.

Sure enough, we've begun to see the outcomes.

Juliet has also worked the opportunity further by opening up mainstream consideration of questions such as whether trans roles in drama should be played by trans actors. (I interviewed Juliet at length on her thoughts about trans people and the media back in 2010).

Having said that real change takes time, it's a credit to everyone concerned that serious discussions like these can now already happen in publications like The Guardian and New Statesman … I would have sold my granny for those kinds of platforms in my day.

Channel Four, in particular, have also clearly not sat about.

The pipeline from idea to screen for television series is long and complex. Yet here we were, seeing a lengthy fly on the wall documentary on our screens barely eight months after the Memorandum of Understanding was signed.

Subsequently, we've also heard about the behind-the-scenes success of the Transcamp project, bringing programme makers and trans people together to come up with new and innovative ideas.

It's all still early days; however the indications are of many things coming together.

It's one thing, of course, to get a few television projects off the ground to represent trans peoples' lives more accurately. It's a rather bigger challenge to ensure trans people have a political voice that can be taken seriously. This week saw that come together spectacularly as well though.

First off was some great coverage of the discrimination faced by a ten year old trans child and her family, featured on the BBC's flagship "Big Breakfast" TV show, along with TMW's Paris Lees in the studio to interpret the wider issues raised.

The show discussed how ten year old Livvy James had started a petition to urge newspapers to stop using the kinds of pejorative reporting which she linked to the name calling and bullying she experienced. By yesterday, Livvy's local paper was able to report on the support she'd received.

This human interest story was merely the curtain-raiser to the appearance later the same day of Helen Belcher, a Trans Media Watch campaigner, giving an hour-long testimony to the Leveson judicial inquiry. The inquiry is examining the culture, practice and ethics of the British press.

The transcript of Helen's cross-examined testimony is available online here (page 37 onwards), or you can view the video here (approximately one hour in).

Trans observers have been understandably excited about the significance of being able to document the experiences they've faced for years before this kind of formal inquiry. The contribution from Trans Media Watch (written evidence here) is not only significant in itself, but because it joins other evidence which contradicts the statements made already on oath by journalists, editors and representatives of the Press Complaints Commission.

Trans writer Jane Fae described Wednesday February 8th as "T-Day. Transition Day. The Day it All Changes". As someone who once wrote of watershed legislative and legal events in similar terms, I have immense sympathy in hoping she's right. Time will tell.

One noticeable difference already, however, is that when Trans Media Watch call foul against performers who make tasteless jokes at the expense of trans people, the time from offence to apology is very much faster.

It took several months for campaigners to achieve an outcome in response to complaints about Russell Howard's Good News show. By comparison, the response to criticism of a joke in poor taste by chat show host Jonathan Ross was almost immediate.

Meanwhile back at the BBC

The faster, more public, and more effective the criticism, the more likely you could come away with the impression that broadcasters are only now finding their way to reporting respectfully on trans issues.

The impression might be that everything that went before must have been so much worse. Surprisingly, that's not the case.

This week, following up my article on lost historical material, I decided to try and do what I could to resurrect some of the many recordings which I have in my archives, and which had ceased to be available publicly when the Press for Change web site was lost. (I've also been helping a volunteer retrieve some of the written content of the site, but that's another story).

I wrote earlier this week about "Dusting off the 'lost' PFC tapes" and, since then, I've uploaded more than a dozen recordings that I thought would interest people. Among those recordings were BBC Radio programmes from as long ago as 2005 … programmes which discussed trans issues seriously and in depth, even if sometimes controversial opposing views were aired as well. The fact is that these programmes were produced well.

I therefore wanted to pick out a handful of these recordings, just to underline that not everything that has gone before has been awful. Some of it was actually rather good. Which just goes to show that the Corporation's producers already have it in them to make good material. The challenge for campaigners is to teach from these examples in an encouraging and supportive way.

This edition of the BBC Radio 4 legal series "Unreliable Evidence" was first broadcast in August 2005, just over a year after the Gender Recognition Act was passed by Parliament, and a few months after it had come into force in April 2005. The programme features trans activist and lawyer Professor Stephen Whittle OBE, alongside other lawyers, talking about the reasons the law was necessary.

This item was first broadcast on BBC Four's Woman's Hour on 28th Feb 2008. It features Lee Gale of TransBareAll and Polly Carmichael of the Tavistock and Portman Child and Adolescent Gender Identity Development Unit.

This item was broadcast on BBC's Radio 5 Live in January 2008. It features law Professor Stephen Whittle and journalist Julie Bindel, two people whose knowledge and views on the issue of gender reassignment could not be more different.