What did you do when they were taking the NHS apart Granny? 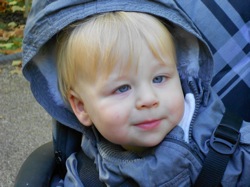 Those who've followed my work will know that I've been involved in consulting for and advising various parts of the NHS system in England at a strategic level for many years, both for the Department of Health and (at the last count) 16 different parts of the existing Strategic Health Authority, Primary Care Trust and acute / specialist / mental health landscape.

Through some of those direct client contacts, I've also met and advised managers in over seventy additional NHS organisations. That's not counting the ones who've heard me speak or chair events over the years.

Readers will also know that I've been first cautiously analytical about the health white paper and then downright critical of some of the changes contained in the Health and Social Care Bill. The bill is currently working its way through the House of Lords under a hail of criticism from more and more professional bodies.

More recently, as more and more highly placed commentators go on record to spell out what they think the health bill's consequences will be, my own critique from just four months ago actually starts to look tame by comparison.

As it looks more and more right to publicly voice concerns, and as the government of the day looks more and more determined to push through change regardless of the democratic process, I begin to find myself reflecting on the question that generations of young people have probably asked their grandparents in the past about other watershed moments in history: "How could you have let it happen?".

My grandson Harvey (pictured) is just 19 months old at the time of writing. If the doomsday scenarios which many of the commentators describe for the NHS were to come about in the next few years, I wonder how I could answer him, on his 18th birthday, with any pride?

More to the point, it leads me to wonder how managers inside the NHS, who really would have the power to put the brakes on the present changes, rationalise that question for themselves.

Personally I'm fortunate in the sense that, as an independent consultant to managers, rather than a direct employee of the NHS, I have a degree of freedom to speak out in my own capacity.

Consultants are employed for their expertise and their ability to step back, analyse and tell clients what they need to hear, even if it may be unpopular.

As a business consultant in the information technology field for many years before I began my present speciality, and having worked in the equality field for around 20 years, I'm used to giving that news direct to the people who are paying the invoices.

I also learned how to express a professional view that is separate to the activities of individual clients. This is something that any consultant worth their salt must do as a matter of routine. It's marketing.

The architecture of the NHS system is very germane to the business of advising people how to achieve equal outcomes.

I've often lectured equality stakeholders on the need to understand the structure of the organisation you want to influence … to use "the lines of accountability and control" as I refer to them. Therefore, it is entirely proper that, as a independent consultant, I express a view on how structural change in a large organisation like the NHS may affect equality.

Some structures lend themselves to stakeholders being able to find the right people to speak to, and for that person to be able to influence outcomes in the necessary way.

Other systems (in spite of what the NHS White Paper may have initially promised) make it a great deal harder, if not downright impossible for smaller groups.

It's impossible to be an expert in equality strategy without having a view on the effectiveness of organisational and leadership structures. This time last year I described how I thought that the direction of change in the NHS impacts the levers of change for stakeholders.

Managers who actually work in the NHS are in a rather different position to myself, however. Any view they express is likely to be construed in the context of their job title. Therefore what they can say or do is potentially constrained by the amount of flexibility they have at their pay grade.

A junior administrator voicing criticism externally is likely to (a) be disregarded (as too junior) and (b) disciplined (for breach of their contract). Most staff in an NHS organisation don't have the authority to speak to the press.

The junior staff member who voices their criticism internally is also likely to be hamstrung. Again they'll be cautioned for speaking out of turn on matters that don't concern them, and they will also know that voicing dissent in that way is probably a career limiting move. Recent cases have shown over and over that NHS hierarchies don't apparently react well to people speaking up.

What's more, even where they are senior enough to speak, then their communications team will be very concerned with the effect their words have on the organisation's reputation. They also have to consider their professional code of conduct, both within the service and within any professional bodies they belong to.

This isn't unique to the NHS of course. It applies to many organisations. However, the principle of Whistleblowing is equally well established in many other organisations too. History doesn't treat those who sit on their hands and allow bad things to happen very well.

I therefore want to focus on the leadership dilemma for senior NHS managers when faced with the implication of the big changes happening in the NHS (even before the legislation has been passed).

A stakeholder recently said to me, “Surely, if all NHS managers refused to implement the changes they couldn’t happen?”

What should a manager do? Should they set out to defend all the changes taking place on the basis that they are being told by their superiors that they are the best way forward? Or should they decide to rebel in ways that would certainly put them into very hot water?

Would it be a sensible gamble? In reality nobody knows what the actual outcomes will be in the end. Cultures have a way of surviving organisational change, rather like cockroaches in nuclear war. The change, though dramatic, may be overcome (as previous NHS reorganisations have been mitigated in the past), simply by managers finding the ways to carry on the culture regardless of the structure.

And if Parliament has decided to undertake these enormous and far reaching changes (the largest ever in the 64 year history of the NHS) then is it at all democratic for anybody in the system (from the post room clerks to the NHS Chief Executive) to stand in the way, or do anything less than their utmost to try and ensure the change works as well as possible?

You may argue that managers can't be allowed the indulgence of picking and choosing which parts of government policy they should implement.

This dilemma is inevitably bound to invite some soul searching and presents a challenge to any manager's personal and professional integrity. I'm not sure there's any simple answer.

On a practical level individuals must certainly consider first the professional code of conduct and ethical principles for managers.

Ultimately people must also keep in mind the importance of having a job, especially in a climate where opportunities don't grow on trees, and where the welfare safety net is acquiring ever more frightening holes.

Even so, I'm still left wondering how the grand children of some of the most senior enablers of the present changes will view decisions made today, in the event that Britain's most valuable social asset ceases to resemble the NHS we know.