First Do No Harm 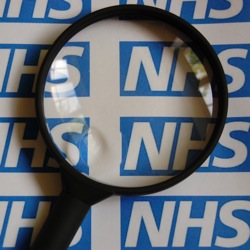 Readers of my Twitter feed, where I've regularly highlighted examples of the debate around this legislation, will know that the passage of the legislation through Parliament has been turbulent.

Last summer I tried to encapsulate widespread concerns as the Bill completed its time in the Commons and headed for further scrutiny (and stronger but futile challenge) in the House of Lords.

Even now that the legislation has become an Act of Parliament questions are still being raised about the process, and the extent to which democracy might be thought to have failed.

An information tribunal ruling (released 5th April) on the Government's refusal to publish the Department of Health's Transition Risk Register recorded quite a damning indictment on the process as a whole.

In paragraph 85 of its findings it says:

"From the evidence it is clear that the NHS reforms were introduced in an exceptional way. There was no indication prior to the White Paper that such wide-ranging reforms were being considered. The White Paper was published without prior consultation. It was published within a very short period after the Coalition Government came into power. It was unexpected. Consultation took place afterwards over what appears to us a very short period considering the extent of the proposed reforms. The consultation hardly changed policy but dealt largely with implementation. Even more significantly the Government decided to press ahead with some of the policies even before laying a Bill before Parliament. The whole process had to be paused because of the general alarm at what was happening."

And remember, those aren't the words of activists or political dissidents there. That is the judgement of an official tribunal summarising the evidence presented to it, underpinning their conclusion that the long-contested official risk register should be made public.

These arguments will no doubt go on. However, a leak of what's alleged to be an early copy of the risk register makes even the argument over this somewhat redundant.

The leak occurred on the eve of Royal Assent … perhaps rather crudely making the point that arguments are now academic. If the document is genuine the contents come as no surprise. The risks are very much as everyone has discussed.

However, the mandate is now officially in place to press ahead with the transformation of the whole structure of the National Health Service … a change which the NHS Chief Executive Sir David Nicholson once described as so big that "you can probably see it from space".

The risk register, even if we get to see the latest version, is not going to change things. It will merely be a device for criticising how reckless the whole transition will have been if things go horribly wrong.

Nobody who cares for the NHS, or for the health of themselves and their loved ones, wants to see that outcome, however. The emphasis now has to be on people working with what they have. Everyone has to make the best of it.

At the end of March 2013 the original 152 Primary Care Trusts and ten regionally-based Strategic Health Authorities (SHAs) will be disbanded, and the responsibility for overseeing the CCGs will fall to a new byzantine NHS Commissioning Board, headed by Sir David Nicholson (the same man who heads the old NHS).

The NHS Commissioning Board will operate through four national offices and around 50 local outposts with a very similar geography to the PCT and SHA clusters, but under one central management structure.

The message I'm hearing now is that people accept this change will occur, so their emphasis switches to living under the new regime.

Watching this happen is fascinating … not least because I get an impression of a 'resistance movement' mentality springing up at the local level, where GPs, surviving NHS managers and local politicians are starting to work out how to ensure the NHS spirit lives on, regardless of the new administration.

It is at this local level that the future nature of the NHS will be determined. The Health and Social Care Act potentially enables changes that would be an anathema to the spirit of Bevan's NHS … a universal healthcare service, free (irrespective of personal wealth) at the point of need.

However, the provisions in the new legislation are only toxic if people allow them to be.

For General Practitioners there is a particular opportunity.

The way GPs conduct themselves in the new Clinical Commissioning Groups will shape the kind of NHS we all experience.

They will certainly be under pressure from the opportunists … the money men who will alternately try to tempt and bully them into opening up the NHS to forces that could change its nature forever.

They will also be under pressure from the NHS Commissioning Board to conform.

Sir David Nicholson has always been a "command and control" kind of man. He talks a lot about "grip", which is management language for micromanaging performance.

In some ways you can't blame him now. His name is on the policy to find £20 Billion in savings from the system over the next five years (the "Nicholson Challenge"). And the NHS Commissioning Board is certainly structured in a way that potentially enables it to breathe warm air down the necks of every local CCG that dares to deviate from the allowed course.

The big unknown is whether it is the mission of the NHS Commissioning Board to unlock all the most feared potential in the new legislation, in a way that has been hotly denied, or whether Nicholson will enable the kind of local autonomy that Andrew Lansley has repeatedly promised. It's hard to see how the two mindsets can be reconciled.

GPs will know of that kind of pressure already. They've all dealt with the sales teams of pharmaceutical companies. Only now the stakes are even higher.

And the way GPs handle that pressure and the accompanying temptations will depend on what kind of individuals they are.

It boils down to the question of what motivates them. Did they go into practice for reasons that reflect all the professed ethics and responsibilities of their profession? Or are they the sort who came to medicine looking for means of personal advancement?

Knowing quite a few GPs, and the subversively caring kind of people they can be, I'm praying that it's the former kind of spirit which will predominate. For, if that's so, the NHS will indeed remain safe.

The rules may change, but culture can work around them any day.

It is with that thought in mind that I was so encouraged to see some Clinical Commissioning Groups putting together founding principles which, if adhered to, will really make a difference. Having such principles embedded into the constitution of an organisation could provide a constant sense check on every decision they make.

As doctors they've inevitably couched these in the terms they are most familiar with... the conservative (small 'c') principle that ensures they ought never to do anything which would harm their patients.

Here's one example. Let's hope it catches on

This CCG will uphold the principle of "first do no harm": we will take no action and adopt no policy that might undermine our patients' continued access to existing local health services that they need, trust and rely upon.

In the spirit of clinically-led commissioning, we reserve entirely the right to decide who we contract with to provide services for our patients. We will take those decisions on the basis of the best interests of our patients and wider local communities.

Among other priorities, and in the interests of offering the best care for our populations, we shall increase the integration of services between different parts of the NHS and between the NHS and social care. We shall not be diverted from this by concerns about anti-competitive behaviour.

In the interests of transparency we will not engage in any contracts or negotiations which impose conditions of commercial confidentiality: will consult local communities before implementing any changes that affect them, and our Board will make all major decisions relating to services in public session.

That strikes me as a good start. I would feel encouraged if I were a service user in an area covered by a CCG whose first thought was to lay down a set of ethics for themselves like that.

You could improve on a statement like this, of course.

I would particularly like to see something stronger about reflecting the communities that the organisation serves; about engaging collaboratively with stakeholders from all sectors of the community (including all the protected groups); and about using evidence of local needs from those stakeholders to guide the design of innovative and truly inclusive services, in which everyone could expect the same quality of outcomes.

However, it's a start.