BBC Take Note - Equality Doesn't Mean 'The Same for All' 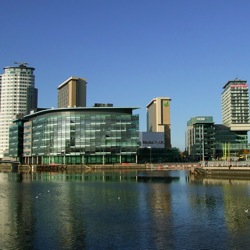 One of the commonest mistakes made by managers who don't understand equality is to assume you achieve it by whitewashing difference out of sight.

The culturally incompetent assume that equality means you've got to treat everyone in exactly the same way. They think that anything else would be 'unequal'.

The reality is the complete opposite. Equality is about achieving the same outcomes for people, after understanding that they start from different places.

Achieving equality of outcomes means you may have to do specific things for different groups to get everyone to the same place.

That's not 'favouring' those who need more input than others. That's just putting the effort where it's needed to set the record straight.

The BBC have demonstrated this week that their most senior managers haven't seemingly grasped that most basic of principles.

Either that, or maybe there are some uglier agendas at work.

A Funny Kind of Local

Earlier this week it emerged that the BBC plans to axe a whole series of unique specialist community programmes, in an initiative that will transform the face of BBC Local Radio.

In fact the plans, if carried out, will mean that BBC Local Radio will be barely 'local' at all.

The BBC needs to save money. That's an unfortunate given.

The programme to find budget savings has the Orwellian Newspeak title "Delivering Quality First" … presumably in the hope that nobody will notice that quality is generally the first thing to go when you start trying to make big savings of the kind the Corporation is forced to find.

The BBC's first attempt to "deliver quality first" was to announce plans back in 2010 to axe the digital station 6Music and the Asian Network.

Tellingly for our society, the first of these drew more mainstream indignation and calls to action than the second.

Campaign groups were set up on social media sites such as Facebook. One hundred thousand people supported 6 Music … a station which some of them might never have even listened to before.

The swell of indignation was so strong that the BBC rapidly backed down and both stations were saved and continue today.

The BBC still had to find cuts though, so it was back to the drawing board.

The latest wheeze, therefore, is to save money by cutting the heart out of the Corporation's local radio network … a collection of small scale stations around the country, first begun with a station in Leicester (one of Britain's most minority ethnic cities) back in 1967.

BBC Local Radio has been told to find budget cuts of 12% across the board … including the loss of 40 paid staff from among 1300 employed in the 40 separate stations.

Effort will be focussed on peak time programming, with increasing reliance on shared programming the rest of the day.

One detractor argued last year, "If I wanted to destroy BBC Local Radio, Delivering Quality First is the way I'd go about it".

On weekday evenings, between 7-10pm, it is envisaged that there will be a single national programme, rebroadcast by the whole network.

The move means the stations will have very little to differentiate themselves from well established national BBC and independent stations at that time of day.

Unfortunately it is in that evening slot that the majority of genuinely local radio has been broadcast until now.

BBC Manchester uses that slot for programmes made by and for local communities of interest … Asians and Irish people, the city's vast Jewish community, and LGBT folk among others.

Nowhere in the plans for 'Delivering Quality First' is there any consideration of what to do with these programmes, deprived of their air time.

Indeed, it's not clear whether the Corporation even thought to carry out any kind of equality analysis before announcing its decision.

Not Universal - And Not The First Time

The axe is not universal.

BBC Manchester's Black, Asian and Chinese community programmes will still have a place in the local schedule.

However, well established shows for Jewish and Irish communities, plus the only regular scheduled LGBT specialist programme, LGBT Citizen Manchester (aka The Gay Hour) will be faded out.

For LGBT Citizen Manchester this will not be the first time it has faced the axe. Shortly after the previous station manager, John Ryan, took up his post in 2006 he decided the show should go back then.

As reported in the Daily Mirror at the time, the station's official line was "Gay and Lesbian issues need to be incorporated into mainstream programming rather than just being relegated to a weekly show".

It must have seemed like Deja Vue to the Gay Hour's presenters, therefore, when the new station manager Kate Squire, started making the same arguments in 2012, shortly after arriving in her post.

The problem with the argument that issues should be mainstreamed is that it doesn't work.

It's rather like arguing that profoundly disabled children will do better by being placed in ordinary classes at school, with no special support or attention.

It sounds laudable. And it expresses where all minorities would eventually aim to be. In the meantime, however, it doesn't deliver as promised.

This goes back to the principle I articulated right at the beginning of this blog. You don't achieve equal outcomes for diverse groups by pretending they're not different and trying to shoehorn their needs into vanilla programming.

How often, for instance, do mainstream media take time out to talk about big cultural events like Ramadan or Eid, except in the most bland and homogenised fashion?

Does mainstream radio devote time to issues such as whether it is safe for diabetic muslims to fast? Not often. Because mainstream presenters lack the breadth of cultural knowledge to ask the detailed questions that asian presenters would think to ask.

Likewise, how often have you heard mainstream radio or TV presenters dealing in depth with issues of importance to jewish listeners? It would be lovely if they did … and other listeners would learn volumes … but it hasn't happened yet.

And I'll make the bold prediction that it would be unlikely to happen once shows like BBC Manchester's Jewish Hour or Irish Hour or Gay Hour have been axed as well.

Far from getting equal value from BBC radio that their taxes pay for, minority listeners will lose out.

A good example of how mainstreaming is unlikely to deliver is with the present BBC coverage of an event like the Annual International Transgender Day or Remembrance.

Although events have been running in many UK cities every November 20th for many years now, it's something that BBC mainstream programming has not reported. This is not surprising of course, because the news values in mainstream news and current affairs mean that niche events like these wouldn't be covered for any minority.

There would have to be a serious disturbance at such an event … a murder perhaps … for programmes to take an interest. And even then the coverage would be shallow … designed for what the general audience could understand, rather than what LGBT listeners might like to know.

By comparison LGBT Citizen Manchester's reporters have been out to cover the event for several years now, interviewing attendees sensitively about why the vigil matters, and helping Lesbian and Gay listeners to learn something in the process.

Mainstreaming coverage may ostensibly tick a box. Broadcasters like the BBC may think they are delivering equality. Yet they are achieving the exact reverse, because the minority audiences (be they asian, jewish, irish, chinese, lesbian, gay, bisexual or transgender) get little information about issues that concern them.

Ignoring Their Own Research

Paradoxically the BBC would seem to be ignoring its own research if it axes shows like LGBT Citizen Manchester.

Two years ago, in September 2010, the Corporation announced the results of research and consultation on what LGBT people thought of them.

The full report is here, if you have insomnia.

Tim Davie, Chair of the BBC Working Group on Portrayal and Inclusion of Lesbian, Gay and Bisexual Audiences, responsible for commissioning the research, said: "The BBC has a responsibility to serve all our audiences as best we can and there are clear commitments we are taking from this study. We have already begun to share the research with content teams across the BBC in order to continue the progress we have made towards achieving more authentic and diverse portrayal of lesbian, gay and bisexual people."

Amanda Rice, BBC Head of Diversity, said: "[this research] sends a clear signal to all our licence fee payers that the BBC is committed to meaningful engagement with all audiences. Not only is this a key priority within our diversity strategy, it is also one of the best ways we can continue to learn about what the UK's diverse communities want and expect of the BBC."

As mentioned already, the BBC is no stranger to making U-turns if it can be persuaded.

Plans to axe "The Gay Hour" in 2006 were reversed when it was plain that the intended policy of covering LGBT issues in the mainstream simply wasn't sufficient.

The arguments that were wrong then are still wrong today. A simple Equality Analysis would have revealed that without the embarrassing consequences of announcing a policy that will eventually have to be rethought again.

Is this just a rite of passage for new station managers at BBC Manchester? Is it somewhere in the job description that they have to axe their specialist community programming, only to discover what a spectacularly inept decision that really is?

Plans to close 6 Music and the Asian network in 2010 were also embarrassingly withdrawn, following a public outcry. Does this demonstrate that the executives paid to run the network simply don't know what their audiences want?

Concerned listeners have also begun organising themselves since the policy first emerged this week. Facebook already has a Save Citizen Manchester LGBT group for people who want to become involved in campaigning. On Twitter people are using the hashtag #savegayhour.

The Facebook page lists key BBC managers whom people can write to with their concerns and encourages them to ask their MP to sign one or both EDMs.

Better still, however, the BBC could just improve the quality of the training it gives to senior managers, so that they don't make these crass ill-considered decisions in the first place, imagining that platitudes about mainstream programming really address genuine needs for equality.

And if the BBC suddenly sees sense then a good outcome would be to recognise that, far from axing specialist programmes like these, the Corporation could actually give the national evening content more of a distinct flavour by broadcasting the shows nationwide. Then, perhaps, there could be a benefit for all from the reorganisation of BBC local radio.

I won't hold my breath though.

There are many important and useful services that are of interest to everyone see also :
شركة الاول لمكافحة الحشرات