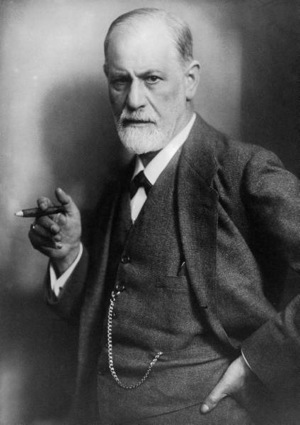 July 11th 2012 sees the tenth anniversary of a key ruling from the European Court of Human Rights at Strasbourg.

It was on that day in 2002 that 17 judges unanimously ruled that the United Kingdom violated the Article 8 and 12 rights of transsexual people, through the continued denial of any legal mechanism to correct the gender registered for them at birth, and through maintaining their inability to marry according to their acquired gender.

The cases of Goodwin & I vs UK were a watershed, requiring specific action by the Labour government of the day, after previous administrations had dragged their heels on the issue for 32 years.

Christine Goodwin and another transsexual woman, referred to anonymously as "I" were not the first British citizens to seek redress from the European Court on this issue.

The first had been Mark Rees, who lost his bid in 1986. He was followed by Caroline Cossey in 1990 (whose case was lost on an appeal by the government). Then there was the dual hearing of cases brought by Kristina Sheffield and Rachel Horsham in 1998.

By the time of Goodwin and I, the legal correspondents of Britain's broadsheets were familiar with the arguments. In fact, newspapers in general began by reporting the decision factually.

The judgment, the culmination of a long battle by transsexuals, will oblige the government to introduce legislation allowing a new birth certificate to be issued for anyone who goes through a sex change. The result should be that those who have sex changes will be treated for all purposes as if they had been born with the acquired sex - including the right to marry and the age they qualify to draw a state pension.

Yesterday the court lost patience, accusing the government of having effectively done nothing.

The court held that British law's insistence that a person's legal sex is established at birth violated both women's right to respect for private life and the right to marry under the European convention on human rights.

The English judges, headed by Dame Elizabeth Butler-Sloss, were dismayed to hear that there were no plans for the Home Office to act on the findings of a working group that had reported in April 2000. They warned the Government last year to expect a ruling from the European Court in line with the one delivered yesterday.

Overturning previous rulings in the light of changing conditions, they said that the terms "men" and "women" could no longer be defined by purely biological criteria.

Even the normally excitable Daily Express reported at first,

Transsexual Christine Goodwin has won her battle in the European Court of Human Rights to be recognised as a woman and to marry under British law.

It was interesting to behold all this at the time, since Fleet Street reporting of transsexual issues had always been haphazardly unpredictable. Sometimes sensitive and factual; other times everything but.

Evidently the long history of these cases, the authority of the European Court, and the unanimity of the decision, castigating the Government for having done nothing, had a lot to bear.  Many newspapers, having no point of reference of their own, also simply recycled wire coverage from agencies such as Reuters, which simply stated the facts.

That press honeymoon was soon to be shattered, however. And the assault came not from frustrated Evangelical Christians (who could generally be relied upon to fulminate on demand), but from a team of Psychiatrists at the NHS Portman Clinic, who submitted open letters to the Guardian and Daily Telegraph, signed by themselves collectively.

These letters are so extraordinary, looking back, that they are worth reproducing in full. First there was this letter in the Guardian:

The victory in the European court of human rights in which a post-operative transsexual person was granted permission to marry in his adopted gender role is a victory of fantasy over reality (Landmark ruling for transsexuals forces Britain to change laws, July 12).

Many psychiatrists, psychoanalysts and psychotherapists find that their trans-sexual patients are individuals who, for complex reasons, need to escape from an intolerable psychological reality into a more comfortable fantasy. By attempting to live as a member of the opposite sex they try to avoid internal conflict which may otherwise prove to be too distressing.

It is a measure of their urgency and desperation that they frequently seek surgery to make their fantasy real. By carrying out a "sex change" operation on their bodies, they hope to eliminate the conflict in their mind. Unfortunately, what many patients find is that they are left with a mutilated body but the internal conflicts remain.

Through years of psycho- analytic psychotherapy, some patients begin to understand the origins of their painful feelings and can find ways of dealing with them other than by trying to alter their bodies. The recent legal victory risks reinforcing a false belief it is possible to actually change a person's gender. It may also strengthen the view that the only solution to psychic pain is a legal or surgical one.

Then there was this letter in the Daily Telegraph:

The psychiatry of transsexuality

Sir - The recent judgment in the European Court of Human Rights (report, July 12), in which a post-operative transsexual person was granted permission to marry in his adopted gender role, is a victory of fantasy over reality.

The experience of many psychiatrists, psychoanalysts and psychotherapists working with transsexual patients is that they are individuals who, for complex reasons, need to escape from an intolerable psychological reality into a more comfortable fantasy. By attempting to live as a member of the opposite sex, they try to avoid internal conflict, which may otherwise prove to be too distressing.

It is a measure of the urgency and desperation of their situation that they frequently seek surgery to make their fantasy real. By carrying out a "sex change" operation on their bodies, they hope to eliminate the conflict in their minds. Unfortunately, what many patients find is that they are left with a mutilated body, but the internal conflicts remain.

Through years of psychoanalytic psychotherapy, some patients begin to understand the origins of their painful conflicting feelings and can find new ways of dealing with them, other than by trying to alter their bodies. The recent legal victory risks reinforcing a false belief that it is possible to actually change a person's gender. It might also strengthen the view that the only solution to psychic pain is a legal or surgical one.

What is most striking about this affair is the sheer determination of these psychiatrists to get their point across. Remarkable, given that none of those named were generally recognised as specialists in the field, or for pursuing a recognised therapeutic approach.

Clinicians worldwide had already been following the generally accepted Harry Benjamin standards of Care, through six revisions since the late 1970's. The High Court and Court of Appeal had already accepted expert clinical testimony (in 1998 and 1999 respectively) that the Harry Benjamin style approach to assessing and treating people with what we now call Gender Dysphoria was the appropriate protocol.

Both letters, both with eight signatories, and both apparently submitted at around the same time, appeared to go out of their way to dispute a large body of clinical practice from people who did deal with large numbers of transsexual people, and to reject the findings of a court which had been examining and probing all sides of the question four times over sixteen years.

Clinicians do disagree with one-another of course. That's acceptable in the spirit of developing knowledge and exchanging ideas.

Good clinicians, concerned to achieve the best for their patients, will listen to those opposing views.

The forum for this kind of debate is in peer reviewed journals and specialist conferences, not national newspapers … and certainly not when those resorting to the press were never usually to be seen frequenting the conferences where treatment approaches in this field are normally debated.

Resorting to the press is remarkable … particularly if you are quite evidently seeking to use the authority of your institution and qualifications to stigmatise people who have just won a remarkable human rights case.

That goes well beyond the realms of normal professional behaviour.

There is a key principle which all clinicians are supposed to adhere to. "First do no harm"

It is still hard to conceive, after ten years, just how the doctors who signed the above letters thought they might be working according to that principle.

Looking back, much water has flowed under the bridge in ten years.

In December 2002 the Labour Government announced plans to bring forward a Gender Recognition Bill (which colleagues and I had the privilege to work on); in June 2004 it completed the final Parliamentary hurdle to enable it to pass into law. It has now been in effect for over seven years (since April 2005).

The press meanwhile became in many ways far more hostile. In 2004 I submitted a dossier to the Press Complaints Commission containing many examples, and with a mass of personal testimonies from transsexual people affected by that reporting.

Whilst no direct causal relationship can be asserted, those letters by eight Portman clinic psychiatrists, aiming to undermine a decision in favour of transsexual peoples' privacy and marriage rights, might be thought (in hindsight) to have been hardly very helpful.

Some might think that "First do no harm" was far from their thoughts.

Reactionary and unsympathetic behaviour of this kind is usually associated with one specific type of dogma - were the signatories religious?

I, for one, would be very interested in seeing the study (along with its research ethics) on which the Portman Clinic staff base their claim that they can cure transsexualism through psychotherapy - because I am yet to come across such a study.

What will a transsexual lady give you that no other lady can? Transsexual ladies are attractive and will love you more than some other lady will. The world is desolate place for some t-young ladies as men have an issue with duty. On the off chance that you are searching for a t-young lady accomplice at that point London's the Wayout club is a decent place to begin. I find a good website for the escorts in London, If you require help please visit this site.