My New Year's Resolution - To Confess All 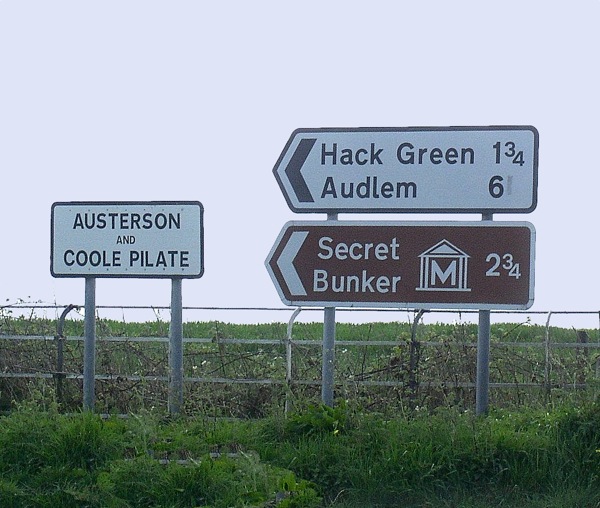 Somehow, the world didn't end in 2012 as predicted by people who interpret the thoughts of a civilisation that couldn't even foresee its own end.

Somehow the world didn't freeze over in 2012 as predicted by Holllywood.

And I was wrong to think the Olympics would be a disastrous embarrassment.

All of which is meant to underline that none of us are exempt from bad calls.

Anyway, that's all by the bye.

The thing I really wanted to get off my chest at the start of this new year concerns some recent very serious accusations.

You'll have read lots of recent accusations about LGBT involvement in some terrible things.

You might have heard it said that my friends and I are guilty of crimes against humanity.

You might have heard the accusation that we are involved in a Nazi plot.

Actually, that last accusation was so close to the knuckle that I was moved to try and protest it.

Then there have been the accusations about our involvement in a series of tragic disasters.

Of course, when you're accused of bad things in this way then you really discover who your friends are.

For that reason I would like to record my thanks for the spirited attempts to pour the cold water of reason on these almost daily accusations.

It's been tough doing this, I know … but some people have been incredibly brave.

However, because of that very touching support and bravery, I think it's really time to put the record straight. I can't bear to see friends and supporters going to such immense lengths on our behalf when ultimately, I know, the truth would eventually come out.

This is why I've decided that my New Year's resolution for 2013 would be to confess everything.

Those brave Christian guys have been right on the money. They've been pilloried for speaking out all this time. But they were right.

My mates and I really are involved in a massive global conspiracy of truly gigantic proportions.

I've just come back from the Northern Regional Bunker, where even now gays, lesbians and occasional bisexuals stand over map tables plotting the end of days and the coming of the antichrist.

As a key representative of the transgender underground network I've been collecting the orders to pass on to my own troops.

Our commander in chief, General Stephen Fry, says this will be the year of the "Big Push" and that we are now on a war footing.

Troops will be positioned stealthily across the globe and, on the signal, will kiss people of the same sex, so as to weaken the foundations of society's institutions.

Elite same sex kissers will form pairs … targeting and bringing down any families they catch in their sights.

Families will be first

Gender transgressors will advance on the heart of society and bring an end to all reproduction by threatening the natural order.

My own specially trained platoon of beautiful transsexual women will trick fine redneck men into having sex … turning them instantly homosexual without their knowledge.

Behind the lines, a crack corps of LGBT entertainers will corrupt the rest of the world's children and provoke the wrath of God upon the innocents. God will slaughter them for letting us advance.

It will be swift. It will be unrelenting. We will not rest until heterosexual society has been destroyed and the human race is on its knees.

I'm sorry if this will harm some of my friends who have the misfortune to be on the wrong side. However, when you are part of such a big and determined conspiracy it's really not easy to stop. Nazis would understand.

Please just rest assured that the end will be swift and incredibly creative. There will be some fab music and art.

Really, however, we've known for a long time that you and we could not carry on occupying the same planet for much longer.

Someone would have to go. And we decided that it's going to be YOU.

Email ThisBlogThis!Share to TwitterShare to FacebookShare to Pinterest
Labels: Satire

Visit this site where you can buy essays cheap. You won't regret it