Jam without the cream or scone 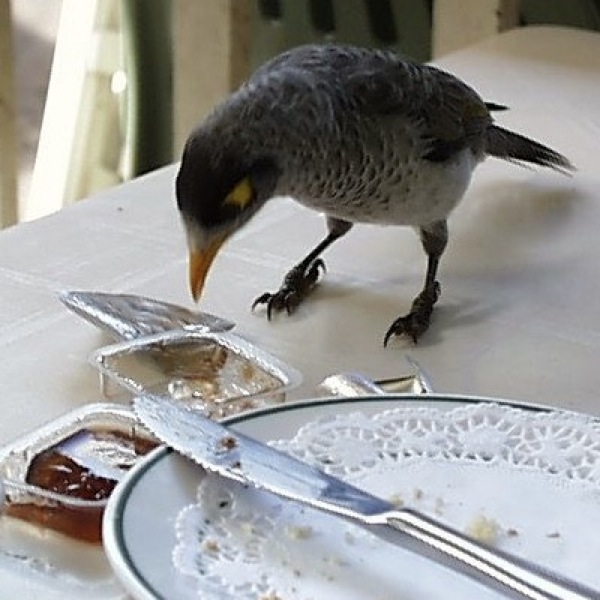 Steve, for those who don't know, is the man effectively in overall charge of both Equalities and Health Inequalities at the new NHS Commissioning Board, within his role as Deputy Medical Director.

His NHSCB appointment was announced last August. Shortly afterwards, he was given the leading brief on health inequalities in the hasty reorganisation necessitated by the resignation of Jim Easton.

The idea was to work alongside a colleague, Paula Vasco-Knight, the Chief Executive of South Devon Healthcare NHS Foundation Trust, who had been asked to spend a day each week championing equality in the new
NHS quango.

However there is no mention of the latter's part in today's profile, and one rather gets the impression from the language that Field may now look upon the whole function as his own.

Steve is a Birmingham GP (he still practices each Friday) and he was the Chair of the Royal College of GPs before the present incumbent, Professor Clare Gerada.

He is also better known as the man who chaired the controversial Future Forum, leading consultations over Andrew Lansley's Health and Social Care Bill when Parliamentary progress was "paused" in 2011.

The Guardian profile portrays Field as a man with a passion. All well and good.

We learn about his upbringing and the origins of his concerns about health inequalities.

We learn about how he keeps himself grounded in the realities of primary care by seeing patients at his Birmingham practice one day a week.

We are also treated to a demonstration of some understanding that health inequalities are not just about place and socio-economic factors, but about who you are as well.

He cites a few well-documented examples of how health outcomes for sex workers, gay men, lesbians, gypsies and travellers, and older people are heavily influenced by the circumstances of those groups and the discrimination they experience.

That hat tip towards bringing diversity into the narrative about health inequalities is welcome, if horribly overdue at such a senior level.

Stakeholder groups have been telling everyone who'll listen about those kinds of inequalities for years. Here's an even longer list.

So, if Field is intending to build and develop that part of his narrative about health inequalities it will be a good thing.

I'm more disappointed to read that he thinks the widening gap in overall health inequalities is "inexplicable".

Quite apart from the fact that neither Public Health Directors nor PCT Commissioners had paid much interest to the health needs of diverse groups all these years … and that Joint Strategic Needs Assessments have seldom (if ever) charted demographics beyond age, gender and race … the pointers are plain enough.

Texts like Wilkinson and Pickett's "The Spirit Level", spell out the many connections between the size of the inequalities in societies like ours and negative outcomes such as ill health and reduced life expectancy.

The wider the gap between the have's and have nots in our society, and the less control people feel over their circumstances, the more pronounced all the negative indicators (like health inequalities) become.

The Spirit Level was published just over three years ago. Hopefully Steve will make time to read it at some point.

Addressing Britain's socio-economic equality divide is not in his gift of course. But it would help ensure his narrative doesn't slip into simply blaming individual behaviours.

Field admits to having no budget and to having to rely on persuasion … in which case he'll need to be well on top of the evidence. He can get that from expert stakeholder organisations in the way we showed to work really well over the last few years. The investment in treating expert stakeholders like expert consultants really pays dividends.

But if he is relying on local authorities knowing how to chart their local populations he could be in for a shock.

A 2008 research project by the North West Public Health Observatory and Liverpool John Moore's University, examining the quality of Joint Strategic Needs Assessments in the region, found that whilst there were good examples of agencies working together to collate data and evidence about their local communities, there was also a lot of variation in the quality of data, and commissioners just weren't using the documents in their planning decisions.

The North West sample is not atypical.

In particular, most JSNAs stop at the easy kind of analysis … charting age and sex, and using geography as a proxy indicator for ethnicity and social deprivation.

Disabled and LGBT people don't live conveniently in specific council wards though. They are typically spread across whole areas. Techniques to analyse them and their needs, and then target health improvement and prevention in their direction, requires other approaches.

Some really good innovations have been demonstrated in this regard, but a massive departure of personnel who worked on these kinds of initiatives risks a loss of that corporate memory.

Field and his team of twelve face a big challenge to change thinking about health inequalities and achieve actual outcomes.

It's a long game, with many external factors working against simple attempts to alter behaviours among planners, commissioners and primary care staff.

Some of the real outcomes would take generations to measure.

With no budget, an uphill educational battle (just for local officials) and results that are hard to show in the short term, it's easy to see how the whole team's efforts could be sucked into this effort alone … especially when that is a leader's prime vision.

And my fear is that, because this is Steve Field's passion, the equalities side of his team's brief will suffer.

In turn, that will undermine a great deal more.

Just as health inequalities is a multi-faceted area, so is equality too. And the experience of all these years is that it doesn't look after itself.

But it's possible, as I've hinted, to talk about health inequalities (if that's your starting point) and overlook all the other kinds of equality.

The NHS is the second largest single employer in the world. (The Chinese Army is the largest and Indian Railways used to hold the number two distinction).

Historically, the NHS has had a very strong ethnic makeup. That's because of the repeated recruitment that was necessary in Commonwealth countries after 1948 just to set up a professional workforce.

Evidence abounds that the NHS is not very good at workforce equalities. This was most recently demonstrated in the NHS Commissioning Board's own recruitment data.

It's a subject which senior clinicians have raised repeatedly too. And evidence of discrimination and bullying lay behind our initiative to help ensure that the Medical Revalidation process is not misused.

It is notable that in talking about his passions and vision, Steve Field makes no mention of workforce diversity. And, since he makes clear that the direction of work is principally his decision, guided by his passion for addressing health inequalities, observers are bound to ask what becomes of this other major issue.

The other area that has long concerned equalities leaders has been the kind of experience which patients, relatives and other stakeholders have when they are users of and visitors to NHS services.

Only recently I was writing about the GMC's concerns about some GPs actively discriminating against transgender patients.

Last year my colleagues and I launched "Pride in Practice", addressing evidence of similar barriers for LGB patients.

Field pays passing mention to patients being discharged and not being treated with respect. He could be talking about the experience of many groups, but his comments underline the awareness.

We've also looked at how women from different ethnic backgrounds access and experience vital screening services. And we encouraged best practice, such as one scheme by a hospital trust which ensures disabled women are able to access screening too.

Each of these strategic approaches required evidence, followed by consultation to plan them and a budget to support them. They can only get addressed if there is a strong vision seeing the need for them. They are often the sort of things that work better as national initiatives too. That's what makes the work strategic.

When not addressed, many of these factors lead to health inequalities. However, I can easily see how a team sucked into the leader's passion about one kind of work … the health inequalities of a public health kind … can let these other areas slip.

Jam without the cream … or the scone

This is why I fear for the possibility that, with one strong-willed leader focussing on the thing he knows best, one or more of the other aspects of equality will get overlooked and abandoned.

You could argue that in some parts of the NHS there's been more attention in the past on equalities rather than health inequalities. Till now they've operated in completely separate spheres very often.

That's not good where it's happened.

But it's equally bad to let the pendulum swing entirely the other way. To focus passionately on health inequalities and let workforce equality outcomes or patient experience outcomes for protected groups become the poor relations.

That would be like having the jam without either the cream … or the scone.

We'll need to see how it plays out. However, the singular focus on one topic displayed in today's Guardian interview sends a worrying message.