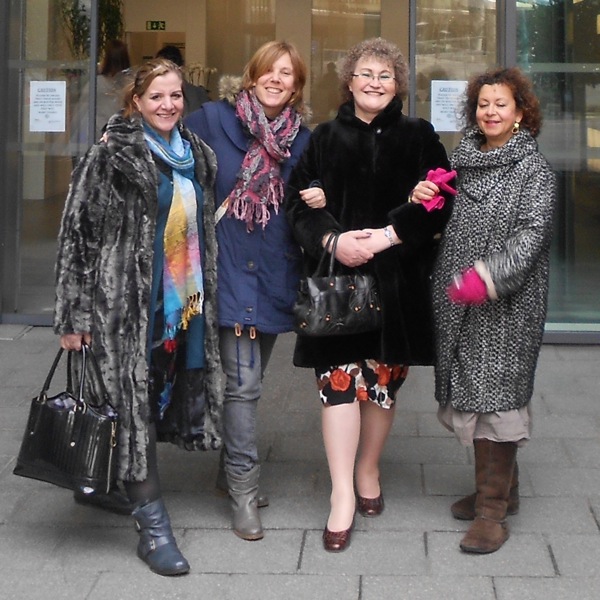 On Thursday this week (28th March) my colleagues and I shut down our operations at NHS North West and left the building for the last time, arm in arm and with proud smiles on our faces.

NHS North West and the other nine Strategic Health Authorities (SHAs) lose their statutory authority tomorrow, along with 151 Primary Care Trusts. These all therefore close.

In their place, NHS England (formerly known as the NHS Commissioning Board) and a system of 212 Clinical Commissioning Groups will take over the reins, largely determining how services are designed and purchased to meet the clinical needs of communities across England (Wales, Scotland and Northern Ireland have entirely different systems).

Many of our colleagues will have jobs in the new structure.

NHS England itself will be employing about 5,000 people … which makes it roughly the same size (in headcount) as the ten Strategic Health Authorities which are disbanding this weekend.

The 212 new Clinical Commissioning Groups (and bodies called 'Commissioning Support Units') will absorb many of those who previously worked in England's 151 primary Care Trusts.

Finance specialists will continue to be indispensable, handling an even more complex market-based system.

Contracting specialists and lawyers will carry out even more complex roles than before, as the ramifications of a competitive market begin to affect everything the system purchases.

Commissioning specialists will continue carrying out the detailed process of determining needs, obtaining evidence, taking account of best practice, designing, procuring and then managing services which doctors refer us to when we need them. They'll just have new masters setting policy.

Those who plan and commission the training and continuing education of doctors and nurses will still be needed to do this, although they'll be working in different structures for a new body called Health Education England.

Specialists in public health will be hit to a degree, as the responsibility for this policy area shifts to local authorities, under a new body called 'Public Health England'. I say they'll be affected 'to a degree' because the restructuring will mean there are fewer places for very senior Directors of Public Health.

But, overall (when the music stops), I believe that more than 85% of NHS staff will continue to have similar roles in the new structure, created at an estimated cost of £3Bn.

And what of equality?

One function which doesn't survive the reorganisation very well is Equality, Inclusion and Human Rights.

I've written in previous blogs about how that has come about. And I will write in future blogs about the structure of NHS England's new Equality and Health Inequalities team, once I've finished determining who's who.

Equalities leads in the NHS organisations which provide hospital, mental health and ambulance services (so-called 'Provider' organisations) will continue more or less as before … at least for now. Provider organisations are not affected by this weekend's reorganisation, though they are predicted to suffer mergers and closures in the months ahead as that side of the system comes under fire from several directions at once.

Some PCT equality leads have found places in new Commissioning Support Units, where they will continue to have some equality and inclusion responsibilities … though early signs are that they will have quite narrow functions. Far fewer have found roles in Clinical Commissioning Groups (who've largely decided they don't need such skills on board).

Some PCT and SHA equality leads with mouths to feed have also jumped into the lifeboats offered by completely different job functions, when it became clear there was no other option for them. We are waving goodbye to some great policy leaders who will have their heads down now, doing other things.

A couple of existing SHA equality leads also look as if they've secured posts within NHS England's equality and health inequalities team … though details are sketchy.

The greater majority of equalities knowledge and expertise has either departed already though, or will have gone this week.

For me, as a consultant, it is not a case of losing a job, but losing a client. I'm spared that label 'redundant'.

My colleagues at NHS North West were not just clients though, and I'll be staying in touch and perhaps reporting their next moves at some time in the future.

Posted by Christine Burns MBE at 11:25 AM