The Carbuncle on the face of an old friend 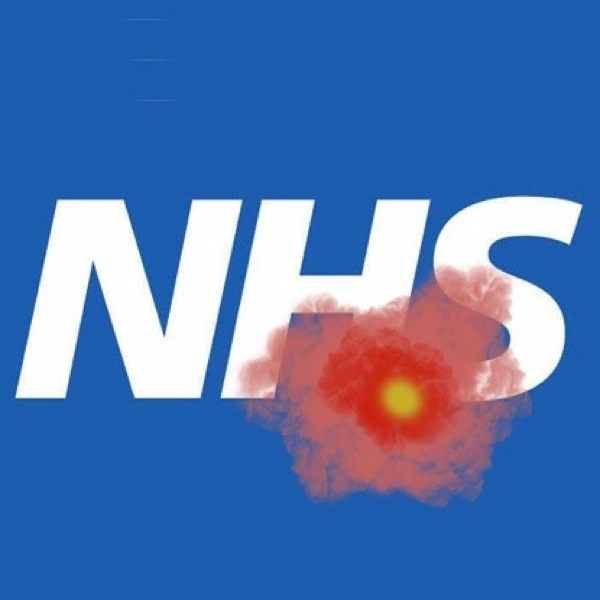 Word on the grapevine has it that I'm not flavour of the month with some big guns over at the NHS Commissioning Board.

Senior figures are said to be "angry" about blogs that I've written recently, expressing my professional views on the new regime's approach regarding equalities and health inequalities.

Word has it they're not happy that I've expressed my professional view that equalities work in the NHS will suffer because of fragmentation beyond even their control.

The jungle telegraph suggests they are even less pleased that I've collated and publicised concerns repeatedly expressed by a list of senior clinicians and academics.

There is annoyance in high places, I gather, because I've highlighted the pensioning-off of a very experienced manager with much still to contribute. Someone was even despatched to rubbish her achievements in anonymous comments below the line. On the internet nobody is as anonymous as they imagine though.

Big cheeses are said to be apoplectic that I've documented the shambles behind setting up the NHS Commissioning Board's own equality team. My forensic reconstruction of events has been described as "bitter".

As I write, they appear to be advertising again for someone to run the team … and now it looks pretty certain which way the job is being tilted.

Spies aren't able to tell me yet what the suits think of me writing about the dramatic loss of leadership diversity in the reorganisation … though I'm writing about something even the Directors expressed concerns about in public session last July. And the analysis is based on their own data.

I don't know why senior figures should be surprised that I write what I think.

As a consultant it's my job to analyse objectively and to have expert opinions. And this blog is part of my work.

The value I've always brought to my clients is that I tell them what they need to know, even if that is uncomfortable. Clients who can't take that are probably not suited to my services. Clients who aren't afraid benefit immensely.

Sometimes what I see looks good and I will report that. Only this week I've written at length about how I believe that the NHS reorganisation may be a positive thing for one protected group of NHS users.

People doing good stuff have nothing to fear.

Sometimes my opinions can be seen by a few as controversial. However, the wonderful thing about blogging is the interactivity. And the comments tell me whether I'm on course with those views or not.

Everyone is welcome to the conversation … even the ones who, for that particular blog, tried to silence me.

That last example was instructive. Yes, there really was an attempt to gag me.

The attempt was based in the misconception that I was an employee of the NHS. (I'm not and never have been).

Sadly I got a first hand view of how the culture of silencing the bringers of bad news works within such an organisation. First priority was to find a policy or contract clause I may have broken. Second priority was an attempt to write a policy after the fact … in the hope of stopping it happening again.

This kind of cultural reaction has been in the news a lot lately. People are horrified that the NHS has used public money and legal chains to silence critics … even to the extent of covering up issues affecting patient safety.

The talk now is all about "transparency" and "values" informing how the NHS conducts itself.

But is it just talk or a real change?

The message I'm getting from the grapevine is that maybe old habits die hard. There is a very strong impression that parts of the NHS would not now use my services as a consultant because of the "trouble maker" or "maverick" tag.

The latter idea is misplaced, as I've explained. I don't write critically for the sake of it, or to annoy people, or because I'm some sort of loose cannon.

I write objectively about good stuff and bad stuff, as I see it. Think of it as free consultancy. And my interest is about seeing things done better, even if the words are painful for some to hear.

The intelligent way to respond to that is to engage with it. Not by despatching lackeys to troll anonymous comments, but by answering the critique. If I'm wrong then managers should have no difficulty establishing that fact. And I engage with honesty.

That is not the climate that I am still seeing yet though. And it extends not only to the veiled threat of not engaging my services but to staff and stakeholder organisations who might be seen to be "too close".

Independent as they may technically be, equality stakeholder organisations continue to rely on money from the NHS to fund their services. And the impression I'm getting is that the legacy climate of minding your tongue could affect their ability to be sufficiently critical too.

Who pays the piper.

The trouble with this kind of thing is that it relies not on what someone actually says, but the impression conveyed.

And if there are managers or stakeholder organisations out there who genuinely feel the need to mind their P's and Q's … who hold back from criticising the NHS because they fear the possible loss of contracts or managerial favour … the NHS is not going to improve the way it must.

This culture thing is (to borrow a memorable phrase from Prince Charles) the Monstrous Carbuncle on the face of an old friend.

Fortunately these days carbuncles can be cured.

I'll know the NHS is getting better when I no longer hear that honest criticism carries risks.

And I'll carry on calling things as I see them … the good and the bad.

Posted by Christine Burns MBE at 11:21 AM

Just as well you dont have patients. An unhappy one's grievances could be blown up and used against you, as has happeed with certain psychiatrists, and in a similar way to the headmaster of an alternative school.

As a member of the public, I'd like to offer a small thought to those who are, to put it generously, critical of Christine for saying it as she sees it here in a professional capacity...

OBEs and MBEs are not handed out simply to those who oppose change for the better... nor to people who would feel that the best way to do things is to attempt to bully or silence those others who would generally prefer not to put their heads in the stand.

Wake up, and get with the programme. Make things better - THAT's what we pay you to do.

I'm an equality and diversity lead in the North West and I'm glad that the straight jackets that were put on us Shahnaz and co, will no longer be around post March. We were forced to carry out years of pointless EPIT work - using this tool that clearly wasn't fit for purpose. And then came that Competency Framework for Leadership that created an industry and has been rejected by most as being impossible to implement. I'm not being unfair on the North West Equality Team, as they did show passion, but the outputs were not always good. For me, it was like being force-fed burnt toast. I hope that we have a fresh approach to equality and health inequalities with the Commissioning Board. I for one am optimistic and have enough sense to give this new national team a chance.

There you go anonymous ... illustrating my point perfectly.

Have some balls. If you want to make a point like that then put your name to your views.

Your blogs come with huge information and I am always waiting for your blogs. but I have used a VPN that I purchased from gammatechsoftware there. because when I visited your site the first time I saw that your domain(HTTPS) is not secure.