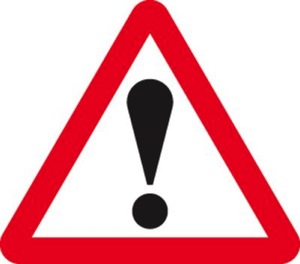 Michael Singleton, coroner for Blackburn, Hyndburn and Rossendale, singled out the Daily Mail as he accused the paper of "ridicule and humiliation" and a "character assassination" of Lucy Meadows, who took her own life in March.

He urged the government to implement the recommendations of the Leveson report on press intrusion as he criticised the "sensational and salacious" press coverage.

Delivering a verdict of suicide, he told the inquest into her death he was appalled at media reports about Meadows.

As he closed the inquest, he turned to the reporters present and said: "And to you the press, I say shame, shame on all of you."

The Coroner's sharp words have been reported widely in the press during the past week.

Paris Lees, writing for the Guardian's Comment is Free blog suggested that, instead of more regulations (on top of existing ones that are not enforced), press bullies should be made to meet the people who accuse them of bullying (in much the same way that criminals are sometimes required to meet their victims).

The Daily Mail continued to defend their position.

Former Guardian editor Peter Preston, used his Observer column about the Media to suggest that such cases presented "tricky demands for sense and sensitivity" … thereby contributing to a misrepresentation of the actual issues.

Top marks for making sense ought to go to RAF Search and Rescue pilot Ayla Holdom, writing for the Observer's Society section, who provided a clear personal account illustrating that Lucy Meadows' experience was far from unusual.

There is a feeling that the press, in some quarters, continues to be in denial about its behaviour.

Some commentators have sought to diminish or refute the coroner's critical words by arguing that Lucy Meadows had not specifically mentioned Richard Littlejohn's monstering in her suicide note (although she had complained, unsuccessfully, to the Press Complaints Commission).

Others, such as Peter Preston (above) have written as though the Meadows case was a single, atypical (albeit regrettable) event. Treating the Littlejohn article as a one-off avoids discussion of a genuinely systemic problem.

The Daily Mail eventually removed the offending article by Richard Littlejohn from its web site, but denies any culpability and has never reported on the vigil organised outside its offices.

There is a feeling, too, that elements of the press are behaving as though they fear what unforeseeable consequences might ensue if they were to address their behaviour and go about reporting trans peoples' lives (if at all) in a different, informed, and more respectful fashion.

Change, they think, is best avoided … especially when the status quo suits them well.

This raises the question of just what might happen if the press were to abandon their present habitual approach and report and debate trans peoples' issues in an honest, informed, and reasoned way.

Here are some possible outcomes. You are invited to add more in the comments...

Pie in the sky?

Chances are that some will look cynically at such suggestions and dismiss them as foolish idealism.

Some may argue that similar things could be said about the press reporting of other minorities … as though that somehow makes it OK.

Others might argue that it isn't perhaps the role of the press to be our social conscience or policeman. Fine, but the status quo is hardly neutral, with the press both actively (and by omission) contributing to inequality for many groups.

Bad things happen when people get the idea that they can act with impunity. And this is the message that the press give to people in connection with groups such as trans people. "Do what you want, we won't be looking" is the impression. And the rest is down to human nature.

Please add your own "Imagine if…" suggestions in the comments below.

I'm afraid I was expecting Leveson to be buried or ignored, and indeed it looks as if it will be. As you say, if maintaining the status quo can still sell millions of newspapers then the Press - including its online versions - will carry on as before, so long as it can get away with it. 'Clean' reporting probably doesn't sell newsprint in quantities large enough to make advertisers want to part with their cash, because it bores salaciously minded members of the public.

I am amazed how narrow-thinking and behind the times the representatives of our major public institutions are, whether it be MPs, churchmen or business moguls. They all seem to want to stay in their comfort zones, and do nothing that might prejudice sales or votes or offend traditionalists. And yet consumer outrage, voter disengagement, and dwindling church attendances ought to tell them that the prevailing mood has moved on, and that people in general now want to see fairness, justice and modern attitudes in every part of life.