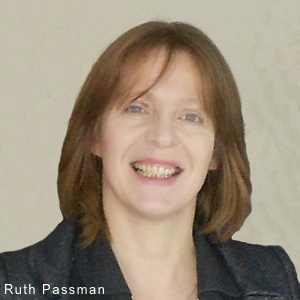 After several months of speculation it appears that the new Head of Equality and Health Inequalities (E&HI) for NHS England will be another health policy specialist, Ruth Passman.

The appointment is very much in line with predictions I previously made about the role.

Passman, who will be reporting to the NHS England E&HI Directors Professor Steve Field and Paula Vasco-Knight, was a Senior Health Policy Advisor for Government Office North West until the regional Government Offices were disbanded by the coalition government in 2010.

Following the dissolution of GONW, Passman became a Senior Policy Advisor for the North West Public Health Team. Her portfolio included the development and implementation of regional health strategy and the support and co-ordination of health input to regional partnerships.

Ruth has also held the regional lead on Sustainable Development across the former North West Strategic Health Authority and the regional office of the Department of Health, where she led the North West Regional response to developing and implementing a Carbon Reduction Action Plan.

Ruth's career has included working in the voluntary sector, health and academia where she taught social policy, cultural studies and sociology.

In the field of health and regeneration, Ruth has acted at Director and Chief Executive level, establishing and leading organisations and renewal programmes.

The new appointment is for two days each week … a model already established in the E&HI team, where the national lead for equality, Paula Vasco-Knight, also works just one day a week.

It is believed that these part time appointments are favoured because of a severe lack of budget … a fact revealed by the other national lead, Steve Field, in a recent Guardian interview.

For the other three days each week Ruth will continue to fulfil her existing role in Public Health England.

Posted by Christine Burns MBE at 10:06 AM

I once again find myself personally spending a significant amount of time both reading and commenting. But so what, it was still worthwhile!
casio

You have written nice so interesting blog. You are doing such a great job and providing well knowledge for everyone.
netflix help number

So nice post you shared with us it has lot of knowledge available in this blog.
pogo technical support

Extremely well written. Focuses are so evident and blog its so cool… I am feeling fortunate to see that I discover this blog. You are doing great work keep it on. I have never seen this kind of cool blog ever.adobe support

Stay Fit – A study stated that guys that exercise more than 7 hours in a week, roughly have 48-50% higher amounts of semen and sperm, than those who exercise less than 1 hour a week or do not exercise at all https://www.penetric.com/best-sex-pills-men/

Bundles of thanks for providing such kind of blogs with the informative and impressive articles.
best deals

Loved every day i took this. SD Matrixa great cycle and real results for me, I enjoyed this and would do it again. Nothing to strong and not to weak. Actual results as long as you list and if you diet you will get good strength boost by the 3rd week noticeable superdrol!

Lvv services Cardiff bumper scuff repair had been timely, effective, and very detail-oriented. They made my car fender appear brand new and at a reasonable cost. I did not actually have to be there for it -- Lvv solutions sent me personally images of their improvement. I might highly recommend them!

Weight lifters and sportsmen make use of this anabolic steroid specifically for their own intense months since it large raises their stamina and. trenorol medication likewise helps you within quickly dealing with your heavy workout routines. And it is additionally employed for dropping extra fat although preserving your body building.

I really am satisfied with the center for Bumper Repair. Last Wednesday I went there to repair the bumper. Their behavior had impressed me a lot and also their service.

your post is very useful for us.
Spotify customer support

I would like to say you,i feel so glad to come here often your study material so good and beneficial for me and also other member of your blog. I appreciate it. Keep writing!
Epson Printer Support

Thanks for sharing valuable content, this is what I need to know. Thank you once again, it's very interesting. I wish you all the best for your next blog in future.buy kiva bars online

Well as your other previous post this one also very informative and remarkable for users specially new comer. I must say good work appreciate it!
Epson Printer Support

I feel so fortunate to come to your blog to be a new member on your blog it's superb for me I generally get such huge numbers of new thing over your blog. I hope i will get more valuable knowledge in your blogs.Bigpond Technical Support Number

Telstra today announced they have signed definitive agreements to combine Foxtel and FOX SPORTS Australia, which will deliver premium and innovative content to Australians with ever greater quality, variety and efficiency.Telstra Tech Support

How to change password on Netflix this is very common issues that most of the people face. Here is the source that will make you understand the best way of Netflix change password.

Enjoy the freedom to go places and stay in touch, with BigPond Wireless Broadband, now with more speed and in more places than ever before.
bigpond emails